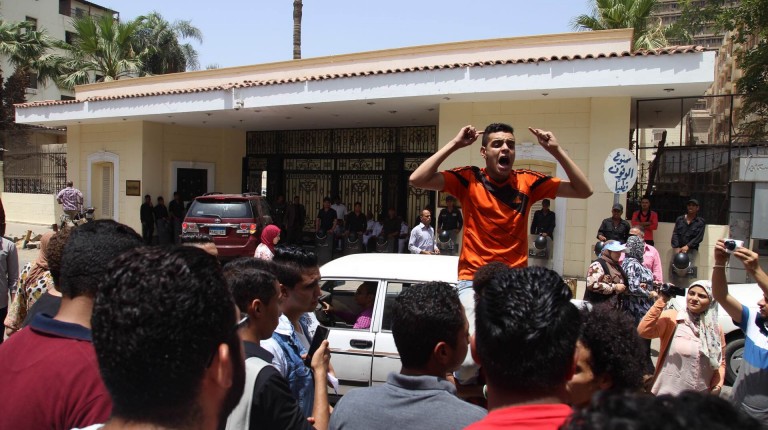 Secondary school students have announced plans to protest against the Ministry of Education on 29 June, as the possibility of going on strike remains an option.

On Monday, dozens of students gathered around the Ministry of Education calling for Education Minister El-Helaly El-Sherbiny to resign and bring an end to the current university admissions system.

Ahmed Abelhamid, a coordinator for the student campaign that called for the protests, told Daily News Egypt that if it were not for Monday’s protest, the media would not have talked about their case.

The movement’s main demands are to end the current university admissions system, initiate a complete change to the current educational system, and to bring about the resignation of the education minister, explained Abdelhamid.

“We need a change in the curriculum and in the way it’s taught,” Abdelhamid said. “It is our right to voice our discontent, and further protests will give the ministry no choice but to listen to our demands.”

Beshir Hassan, a spokesperson for the Ministry of Education, told Daily News Egypt that the students have every right to protest but said that the protests need to be approved by the Interior Ministry.

Recent leaks of the thanaweya amma exams, the general pre-university certificate, have put the Education Ministry under increased pressure and have opened further discussions about Egypt’s education system, which many are calling to change.

During Monday’s protest, chants against the Education Ministry ranged from calls for the minister’s resignation to accusations of corruption within the ministry itself.