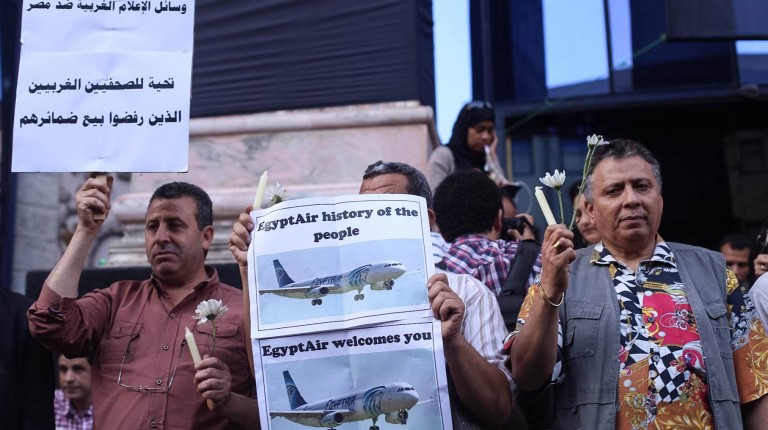 Ayman Al-Mokadem, head of the investigative committee, told Daily News Egypt that the search continues for the second part of the black box, which contains the flight data recorder.

The EgyptAir aeroplane crashed into the Mediterranean Sea on 19 May.

“The recovery of the device occurred over several phases. It was damaged when it was finally discovered, but the memory unit has been recovered and that is the most important part of the recorder,” said an official statement by the investigation committee of the crashed aeroplane.

Technical experts will look into the device in order to extract the transcript of its recordings.

Officials said they located the wreckage Wednesday, amid a search operated by the deep ocean search vessel John Lethbridge, which was contracted by the Egyptian government.

The EgyptAir flight had disappeared from radar screens on 19 May in a Paris-Cairo trip shortly after leaving Greek airspace. Egypt later confirmed that the aeroplane had crashed into the Mediterranean, killing all 66 people on board.

Automated messages sent by the aircraft and released by the Aircraft Communications Addressing and Reporting System indicated the detection of smoke near cockpit area.