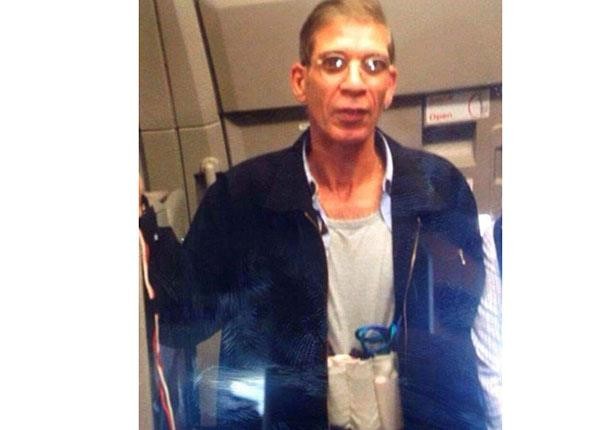 Prosecutor-General Nabil Sadek travelled Wednesday to Cyprus to follow up on investigations regarding the March hijacking of an EgyptAir flight and discuss the possible extradition of suspect Seif El-Din Mustafa to Egypt, state media reported.

On 29 March, EgyptAir flight MS 181 travelling from Alexandria to Cairo was forced to reroute due to the demands of a hijacker and safely landed at Larnaca International Airport. Mustafa was identified as the hijacker, and had threatened crew members by claiming that he was wearing an explosive belt. Hours of negotiations between him and local authorities resulted in his surrender and arrest, after all passengers on board were freed.

In April, Sadek addressed Cyrpriot authorities and requested Mustafa’s extradition. The Ministry of Justice in Cyprus approved the extradition of Mustafa back to Egypt, Cyprus News Agency (CNA) reported a few days later.

However, the process stalled when Mustafa’s lawyer requested political asylum on his behalf, on grounds that there were no guarantees for him to receive a fair trial in Egypt. His demand was rejected later in May.

Although the hijacking has not been described as an act of terrorism by Cyrpiot authorities, or by freed passengers who were on board as they suggested Mustafa was “mentally unstable”, Mustafa faces charges of hijacking, the illegal possession of explosives, abduction, threat of violence, attempt to cause bodily harm with the use of explosives, reckless behaviour, and offences relating to the violation of the laws on terrorism and civil aviation, according to CNA.

The hijacked EgyptAir flight: a blow to Egyptian tourism?