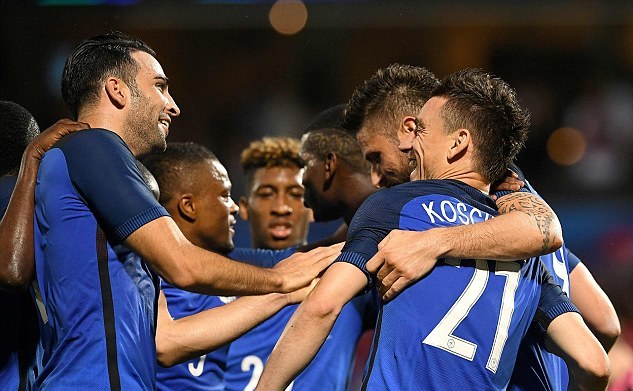 The first was between Slovakia and Russia, where the victory went to Slovakia with a score of 2-1.

The first goal was scored by Slovakia’s Vladimír Weiss at the 32-minute mark. The Slovakian team managed to score the second goal in minute 45, thanks to Marik Hamsik.

In minute 80, Russia’s Denis Glushakov managed to score his team’s only goal.

Moving to the second match, Romania and Switzerland ended their game in a 1-1 draw.

The third match was between France and Albania.

For the whole match, both teams tried to score goals, but neither of them did, until in minute 90, France’s Antoine Griezmann managed to score a goal.

The second goal was scored in minute 90+6 by French player Dimitri Payet. The match ended 2-0 in France’s favour.

This third match was attended by French president François Hollande, who expressed his happiness after his country’s victory.