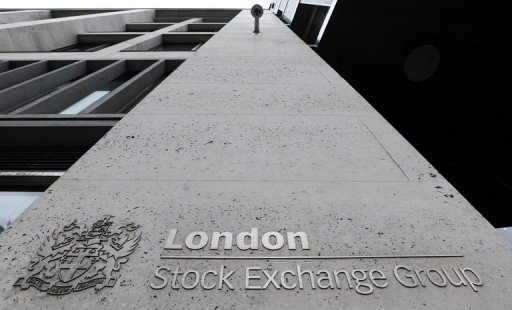 A number of investment and security managers predicted that the Egyptian Exchange (EGX) would witness higher activity on issuing global depository receipt (GDRs) among local companies, with the aim of trading their stocks on the London Stock Exchange.

Companies say the move is to attract foreign investments that prefer to invest in GDRs because they offer fewer restrictions on the entry and repatriation of funds unaffected by the US dollar shortage in Egypt.

Currently, companies tend to get approval for issuing GDRs. Beltone Financial Holding and the Arabian Food Industries Company (Domty) have both already called an extraordinary general assembly to convene this month to discuss GDRs.

But investment experts warned of some negative consequences of issuing GDRs in light of the continuing hard currency shortage. Among these problems is the EGX losing its role in attracting indirect foreign investments as GDRs would occupy the interest of foreign investors.

Ahmed Badr Eldin, executive director of the Middle East and North Africa region for Renaissance Capital, said the Egyptian market is slated to witness companies issuing GDRs on the London Stock Exchange, which has attracted many foreign investors over the past few months being a safe path for repatriating money—away from the US dollar shortage in Egypt.

He explained that GDRs would attract stock trading from the EGX to these certificates, which will take from part of the market’s trading volume.

Nevertheless, Badr said that GDRs would benefit the EGX and maintain its position among foreign investors by keeping it interesting, despite difficulties in the repatriation of funds or concerns over the exchange rate.

Direct Investment Manager at the American Cartel Capital in the Middle East and North Africa Ayman Abu Hend said that many companies listed on the EGX are keen to issue GDRs to attract foreign investors, raise the trading price of their shares, and enhance the chances of covering initial public offerings (IPOs) successfully in the case of increasing capital.

He pointed out that investors have been converting many shares into certificates, highlighting the CIB, which is on the verge of overstepping the legal specified limit of issuing GDRs, currently set at 33% of capital.

A press release from the EGX on Thursday said that the CIB has 9.2m shares of its capital left to be changed into certificates before consuming the 33% ratio.

The release also noted that Edita has 10.7m shares allowed for conversion into GDRs.

The continuation of the US dollar shortage would spike trading of GDRs, which act as a replacement for stocks among foreign investors, but they cannot be considered a negative factor for the EGX as they would attract foreign investors when converting GDRs into stocks under ordinary circumstances, said Abu Hend.

EGX Chairperson Mohamed Omran has expressed dissatisfaction over the focus on converting leading shares into GDRs for trading abroad.

Omran said the EGX will step into GDRs conversion process once companies hit the minimum percentage of free float shares in the capital market set at 5% of the capital.

Abu Hend said that GDRs have—again—become a gateway for repatriating funds among Egyptian investors even though the Egyptian Financial Supervisory Authority imposes restrictions on Egyptians receiving proceeds of sales in foreign currency and encourages them to receive proceeds in Egyptian pounds.

However, he explained that companies can bypass the law through commissioning foreign institutions, working in the EGX, to conduct transactions on behalf of Egyptians, allowing the latter to receive the proceeds of selling in US dollars, especially since GDR transactions rely on the black market exchange rate.

Ehab Rashad, general manager and board member of Mubasher, played down the potential negative effects of GDRs, describing them as temporary.

He said that past experiences showed that GDRs are always reconverted into shares once companies near the legally stipulated rate of 33% of capital.

Car sales on the rise in Germany

Return of GDRs to be provided in Egyptian pounds