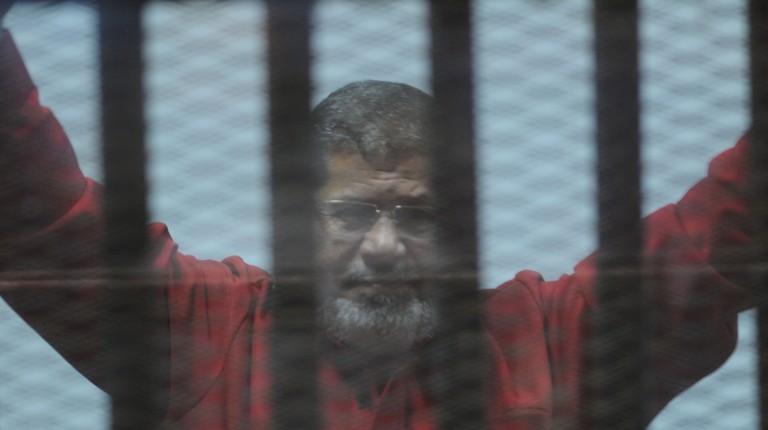 The Egyptian Ministry of Foreign Affairs condemned the Qatari foreign ministry’s statement regarding the verdict that sentenced former president Mohammed Morsi to life in prison in addition to 15 years in jail.

The spokesperson of the Egyptian Ministry of Foreign Affairs, Ahmed Abu Zeid, said that “such a statement is not surprising coming from those who have used its media outlets in a hostile way against the Egyptian people and its state”.

Abu Zeid added that the “Egyptian judiciary will not be harmed by such empty claims that expose the intentions of those who said them”.

He also said that the situation will not affect the positive ties between the Egyptian and Qatari people.

Former president Mohamed Morsi was sentenced to life in prison and an additional 15 years by the Cairo Criminal Court on Saturday.

The verdict came after 99 trial sessions in what is known in the media as the “Qatar espionage” case. The defendants in the case, which include Morsi’s head of office Ahmed Abdel Ati and his presidential secretary Amin El-Sherafy, were accused of leaking national security documents and information related to national security to Qatar.

The Qatari foreign ministry released a statement condemning the trial for “mentioning its name in the Egyptian court verdict”.

Ahmed El Rumaihi, the director of the information centre in the Qatari ministry of foreign affairs, said in the statement that “though it is not final, the verdict is unfounded, goes against truth, and contains misleading claims that are contrary to the policy of the state of Qatar towards all sister countries, including Egypt”.

Other than Saturday’s verdict, Morsi has faced three other sentences and is still standing trial in a case where he and others are charged with insulting the judiciary.

Morsi received his first prison sentence in the “presidential palace clashes” case. He was also sentenced to 20 years for inciting violence.

He received both a death sentence and a life imprisonment sentence in the “Hamas espionage” trial and the “prison break trial”, respectively.