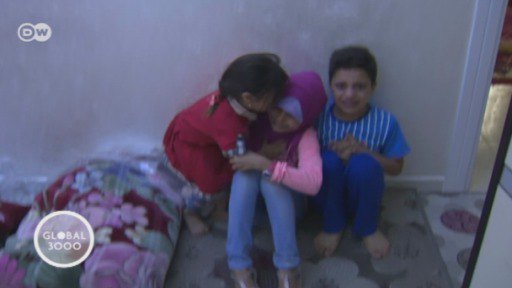 A monitoring group says at least eight Syrian refugees, including four children, have been shot dead while trying to enter Turkey. More than 2.7 million Syrians have fled over the border since the war erupted in 2011.
The eight Syrians were shot by Turkish border guards while trying to travel from Kherbet al-Jouz in northwestern Syria to Turkey’s Hatay province overnight, the Syrian Observatory for Human Rights reported Sunday.

The Observatory said the group had been displaced by fighting around Manbij, an “Islamic State” stronghold under siege from US-backed forces.

A senior Turkish official cited by The Associated Press said authorities were “unable to independently verify the claims,” but were investigating.

“Turkey provides humanitarian assistance to displaced persons in northern Syria and follows an open door policy – which means we admit refugees whose lives are under imminent threat,” the official said.

In the past, Ankara has repeatedly denied charges its security forces have fired on civilians trying to cross the frontier.

The Britain-based Observatory, a monitoring group that gets its information from a network of sources on the ground, said at least 60 people – all civilians – have been killed in fire by Turkish border guards since the beginning of the year. It added that Sunday’s death toll was among the highest yet reported.

Turkey is currently hosting around 2.7 million registered refugees from Syria, according to UN figures, and in recent months it has tightened security along its border with the wartorn country.

Refugees from the Horn of Africa struggle in South Africa