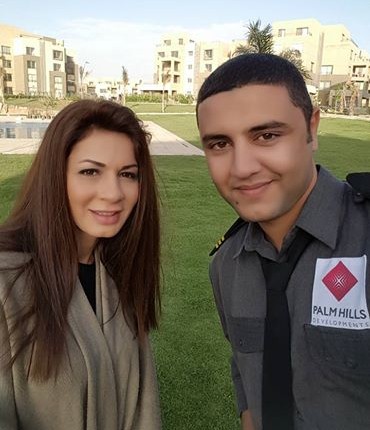 Large real estate companies and developers have found a new channel of advertising by hosting drama series aired during Ramadan on satellite channels.

Most Ramadan series are characterised by portraying middle and upper class families living in compounds and villas. Consequently, some real estate developers allowed productions to use their villas and compounds as permanent locations for the events unfolding in the televised drama series.

Palm Hills and Mountain View are among the most prominent real estate developers that are part of this new method.

Additionally, several other series were filmed in other compounds and villas in new cities, with a focus on the Fifth Settlement and 6th of October City.

Daily News Egypt conducted a survey amongst citizens and real estate marketing companies, seeking their opinion about this new way of advertising.

Sherif Ahmed, an employee, believed that the middle class had been excluded from Egyptian TV drama for several years, and that producers have recently started to focus on this forgotten segment. This entails that these compounds and villas are the appropriate location to film these series.

Ahmed noted that it is a smart move from the real estate developers, being more effective than some provocative ads.

“These kinds of ads are a better incentive for clients than normal ads because the viewer will not change the channel while the series is broadcast, even if he watches it daily,” said Mohamed Saeed, a manager in a private company.

From his part, organisational development and human resource director at ERA Commercial Egypt Ashraf Diaa stated that this adveritsing method benefits the real estate marketing companies by spreading awareness about them. Developers do not have to introduce themselves anymore, he adds.

He also highlighted that these indirect ads are very convenient for Egyptian culture, and make it easier for potential clients to explore the views and landmarks of the different locations.

He pointed out that this marketing initiative is not a new invention, but that it had already been around for a while. In the 1950s and 1960s, several films were shot in the district of Maadi because it was empty and luxurious at the time.

EGP 98.9bn government spending on BE Budget amounts to EGP 1,098 per person