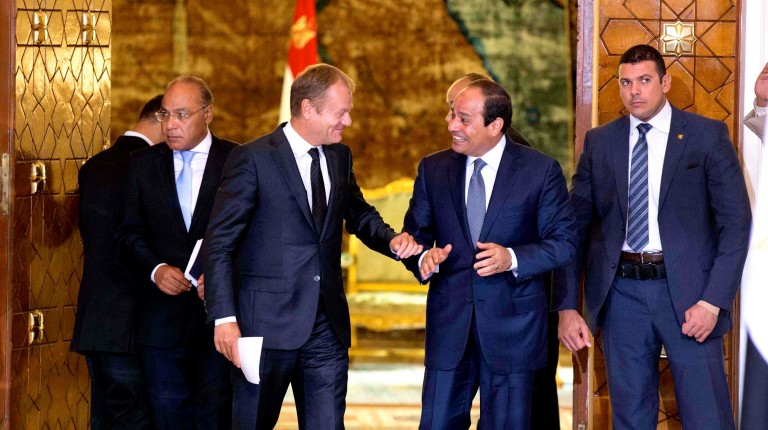 There have been a plethora of declarations on the impending end of western civilisation in the wake of the referendum taking place on 28 June that will determine whether Britain will remain in the EU or not. While a litany of articles speculating about the future of EU-UK relations have flooded media publications, one issue is not being talked about: the affect this referendum will have on Egypt.

If the UK decides to leave the EU, then one thing is assured: uncertainty.

Markets will be highly volatile after an ‘out’ vote. Investors will likely invest only in highly stable sectors of the economy or put their money in offshore bank accounts. It is likely that if the UK leaves the EU, it will consolidate its interests in the region to the Gulf States, and forgo Egypt and North Africa.

Egypt’s US dollar shortage has exacerbated from a collapse of the tourism industry and shaky investor confidence. Tourism is likely to continue to suffer as the UK enters into recession, UK airlines suffer, and the nation lacks global investments. This would be particularly devastating to the Egyptian economy as it struggles to gain access to global finance and increase tourism.

41.5% of Egypt’s total foreign direct investment (FDI) comes from the UK, so the likely drop in investment capital will sorely hit the economy as Egypt will also lose a major market for Egyptian exports.

Egyptian trade with the EU is also likely to suffer as many economists point to the likelihood that the EU will increase trade protectionist measures now that the trade liberalising influence of the UK is gone.

The only hope for a stable Egypt-EU relationship is the shared security concerns, as the EU will likely respond to Brexit with more defence spending and closer cooperation on security concerns. A main point of contention will be the ongoing migrant crisis.

President of the European Investment Bank Werner Hoyer stated that “the refugee crisis and the wider migration issue is a huge challenge for us all.” He expressed the need for increasing investments in North Africa and Turkey targeting “schools, water projects, ICT investment, hospitals, support for start-ups and, above all, for women and young people.”

Curtice: ‘Many people misread the polls’ on Brexit

Brexit fears prey on EU nationals in the UK

German investors: ‘Brexit, so what?’

Economists warn of Brexit, but not everyone’s convinced