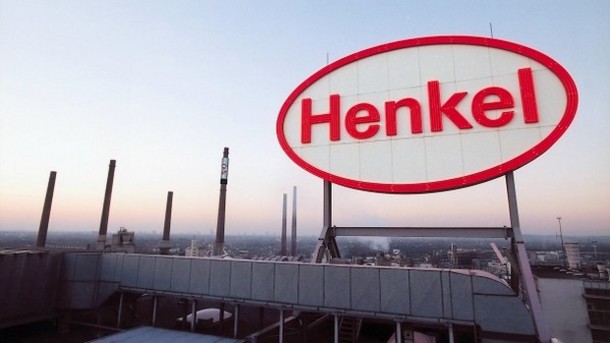 Based in Germany, Henkel holds a leading global market position in both the consumer and the industrial sector, and is known for brands such as Persil, Schwarzkopf, and Loctite.

How much are the company’s investments?

Does the company face any challenges that could hinder building the factory in 6th of October City?

Fahmy: The company did not face problems in the completion of the new land licensing procedures for the factory.

Henkel Egypt stated that 70% of its production materials are sourced locally. How did the  company manage to provide that amount of needed raw materials through local Egyptian factories?

Fahmy: The US dollar shortage did not affect us in that matter. Henkel is developing technical education programmes to enhance the skills of some of the raw material manufacturers and production inputs in Egypt to avoid having to import them from abroad.

The company is also inviting other multinational companies specialised in manufacturing raw materials to establish their factories in Egypt as we see it as one of the most promising and attractive investment destinations.

For example, our company makes use of India’s Galaxy Surfactants Company, which is located in the Free Zone in Egypt and produces raw materials and production inputs.

How many investors does the company cooperate with to provide production inputs?

Fahmy: It is difficult to name a specific number of investors because we collaborate with a large number of Egyptian companies in the public and private sector, as well as multinational companies.

How many distributors does Henkel have across Egypt?

El Shaboury: The company has an official network of up to 26 distributors deployed across Egypt, and about 3,000 people are indirectly working in the distribution system. The increase of the distributors’ network is related to Egypt’s road network.

The network of distributors extends all the way to Upper Egypt, which is considered one of the most targeted geographic areas, and also reflects the government’s interest in developing this area.

What other products – besides laundry and home care – does the company specialise in?

El Shaboury: Henkel is also specialised in adhesive material, which was used in the restoration of Tutankhamun’s gold mask last year.

What cooperation does Henkel have with the local Ministry of Supply?

El Shaboury: The company cooperated with the Ministry of Supply to launch a campaign entitled: ‘The expensive is cheap for you, Egypt’. This campaign provides special offers for consumers via certain consumer outlets. Offers come either in the form of gifts on purchased products – of course varying from one product to another – or a 5% discount for a certain period.

How does the company set its local pricing strategy given the rise of the US dollar, the heightening inflation, and the general increase of prices on consumer products?

El Shaboury: Each product’s proportion of price increase varies. Setting the prices depends on the supply and demand ratio and the availability of raw materials.

Some product prices have not dramatically increased, while others increased with limited rates in line with the inflation rate of 5% – 6%. However, the increase is affordable as it parallels that of the market rates.

Therefore, we seek to provide local raw materials to reduce import costs and avoid price increases. 98% of the company’s products are manufactured in Egypt. The increase in the value of the US dollar only affects 30% of the products: those that depend on imported raw materials.

What is the company’s export strategy?

Fahmy: The company is adopting an ambitious export plan through its new factory. We plan to export most of the products manufactured there.

In terms of investment policy, Henkel Egypt follows a slightly different path as we are reinvesting €50m in the domestic market.

The key goal of building the new factory is to export to Africa as we consider it one of the most promising markets.

The investments of the new factory in 6th of October City amounted to €40m on an area of ​​77,000 sqm. It is expected to start producing laundry and home care products within five years.

What are the new export frontiers that Henkel Egypt is eyeing for the coming period?

Fahmy: Currently, the most important export markets are in Africa, including but not limited to Kenya, Angola, and Chad.

What is the targeted export ratio of the new plant in 6th of October City?

Fahmy: Usually, the rate of supply and demand determines the company’s export plan, but regarding this factory, we are planning to allocate more than 50% of its production for export.

What are the target investment plans in the coming period?

Fahmy: Henkel aims to sell its laundry and home care products in every grocery store and supermarket in Egypt. To achieve that, some new products will be launched, while others will be re-launched in order to meet the needs of the consumer. We want Persil and Extra products to be present in all outlets across Egypt.

51.8% increase in number of foreign employees in governmental, public sector in 2015: CAPMAS

Henkel to invest €50m in Egyptian market in next 5 years