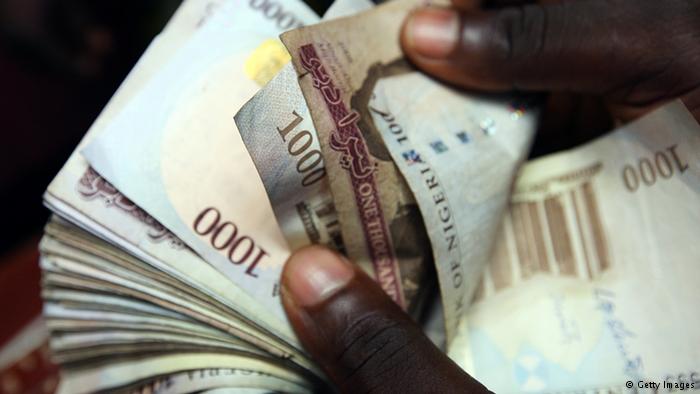 In response to continued low oil prices, the Nigerian Central Bank floated its currency Monday and the naira subsequently lost over a third of its value. Some are praising the move as positive for Nigerians.
Following the lead of other oil-producing countries like Venezuela and Angola, Nigeria has removed the peg of its currency to the US dollar. This is the first time the west African country has floated its currency but the country decided that the move was necessary in response to a growing shortage of foreign exchange created by slumping oil prices.

In a televised statement last week, Central Bank Governor Godwin Emefiele said that the currency market would now be “purely market driven” starting on June 20 in what the bank is calling a “managed float.”

“We now believe that the time is right” to reintroduce the “flexible interbank exchange rate market,” he said.

The naira was pegged to between 197 and 199 naira for one US dollar for the past 15 months. In early-morning trading, its value fell to 270 for one US dollar. Some experts think that it could lose even more of its value.

The president returned to Nigeria on Sunday after a two-week trip abroad for medical treatment of an ear infection. Prior to his departure, Buhari expressed concern that the fall in the value of the naira would hurt poor people in the country.

“This is good news for the majority of Nigerians,” said Ayo Teriba, CEO of Economic Associates consultancy, because “market devaluation has destroyed domestic activities, with prices of local goods skyrocketing.”

Some organizations, including the Manufacturers Association of Nigeria and the Lagos Chamber of Commerce and Industry support the move saying that it will free up the foreign exchange market and benefit investment in the country.

“The move is quite commendable,” Mudal Yusuf, Director-General, Lagos Chamber of Commerce and Industry told the Vanguard newspaper in Nigeria. “There will be considerable moderation in exchange rate as supply of foreign exchange improves.”

Lagos’ war on street trading threatens livelihoods of its inhabitants