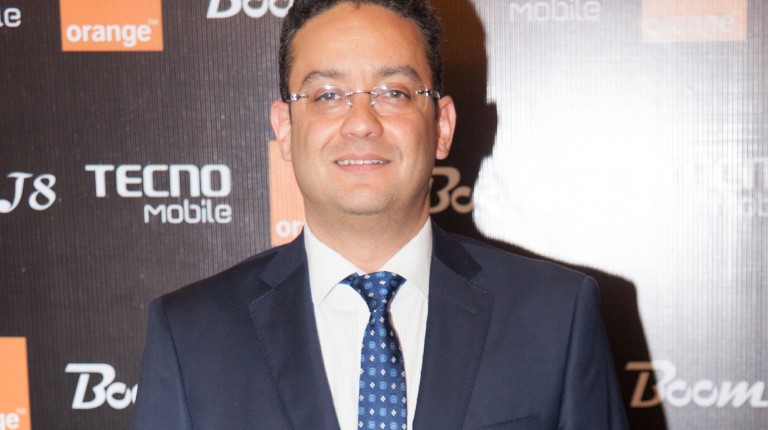 Egypt’s tech industry is looking for ways to become more self-efficient as opposed to simply relying on imports from abroad.

Within this space, Transsion Holding, which includes the brand TECNO, is looking to develop manufacturing hubs in Egypt in collaboration with the Information Technology Industry Development Agency (ITIDA).

The initiative would lay the foundations for an industry that relied on local components, explains regional business development director Mohamed Ismail.

In an interview with Daily News Egypt, Ismail said the Egyptian market has a lot of potential for growth. Looking to be part of this development, Ismail explained that his company aims to increase its share in the mobile phones market from 5% to 12% by the end of 2016.
How do you find the investment climate in the Egyptian market?

In terms of market size, the Egyptian market, definitely, is very attractive for investment as it remains the second largest market in Africa with a population of 90 million users. The market for smart phones and tablets has a saturation rate that is less than the surrounding markets, which is an investment opportunity. This is in addition to the country’s recent decision to make way for 4G services.

However, there are some obstacles in the Egyptian market affecting the investment climate, which include political stability and the foreign currency crisis. US dollars are still difficult to secure in Egypt, which affects the interest of investors, as well as the investment climate as a whole.

How is your company handling the current foreign currency crisis?

The parent company is well aware that the US dollar crisis is a temporary issue. That is why it is flexible in dealing with its branch in Egypt compared to its branches in other countries. We are reducing our profit margin to support the distributors and traders in overcoming this crisis.

How do you find the sales growth of the mobile market in Egypt amid the current economic conditions?

According to statistics produced by specialised research institutions, Egypt imported 18m mobile phones in 2014. In 2015, this amount retreated to 17m mobile phones. This means that the market lost about 1m mobile phones, which indicates that the market size shrunk by 6-7%. This data reveals that consumers are using their mobiles for longer periods of time, which means that users are choosing devices with longer life spans. This indicates that consumption in Egypt is transitioning into what we would describe as “smart consumption”.

In response to this, we are working to appeal to users in the Egyptian market by offering value-for-money products. The loyalty mobile users used to have for specific brands has changed. Consumers are smarter than ever, and search and compare between devices to choose the best in terms of quality and price.

During the past few years, the market has witnessed a change in consumption policy. In 2014, smart phones represented 50% of imported mobile phones, while that number increased to 60-70% in 2015.

Not adding taxes or customs on mobile phones would be a noble step by the government that would enable the mobile market to continue growing.

Have current economic conditions led to customers seeking to be cost savvy in their mobile phone purchases?

In the past, consumers consulted their relatives or friends before making the decision to purchase something, particularly due to smart phones not being a common, every day purchase. Now, consumers compare between devices according to their specifications and prices. They also look for ratings on websites specialised in mobile phones, and consult with their friends and family before making a decision.

What are your expectations for mobile phone prices in Egypt in 2016?

Competition in the Egyptian market is strong. What is the competitive advantage provided to consumers that would increase your market share?

Since 2014, we have aimed to distinguish ourselves from other brands in the market. This would mean making our products more efficient by using the best components and entertainment applications, and by having competitive prices.

Research on the market has confirmed that smart phone users spend most of their time playing games on their devices.

We are working on providing many devices to suit all customer needs and requirements. We aim to provide customers with a wide selection of devices and services to choose from.

With the help of BOOM, our products feature high-quality sound for listening to music, and cameras, both front and back, for capturing quality photos.

Our devices also feature powerful batteries to support customers who are constantly using their devices.

What is the size of your share in the Egyptian market? And what are your plans to increase it?

Our current market share represents 5% of the total mobile market, despite launching our products in the Egyptian market only two years ago. We plan to increase our share to 10-12% by the end of 2016.

Based on our success in the African market, we know that we can achieve this goal.

We broke into the markets of central and west Africa in 2006. In most of the countries located within these regions, we are ranked in the top spot.

We have acquired market shares of over 40% in some countries due to our awareness of the needs of those markets and by providing devices that have applications and local languages ​​that make them easy to use.

What are the expectations concerning your company’s sales growth in the Egyptian market?

What are the key features of your plan for the Egyptian market in the future?

We will focus on marketing to Egyptian consumers to increase their awareness and knowledge of our brand.

We currently operate five branches in Egypt that also provide services to those who have already purchased our devices.

We plan to open two new centres in Upper Egypt and the Delta by the end of 2016, in addition to providing a new service that would repair devices from customers’ homes and return them free of charge.

We plan on contracting with specialised companies in order to provide maintenance services through them.

You signed a deal several weeks ago with ITIDA in order to cooperate in the field of electronic design and manufacturing development. Could you elaborate on this deal?

Manufacturing includes several steps. It is not just a matter of collecting device parts and connecting them to each other. There is also the software aspect, which does not get enough attention in Egypt. Then there is the design process. The semiconductor parts are manufactured in specific countries and exported to the entire world. There are no companies that manufacture all mobile parts, but individual companies design their own software.

One step towards local manufacturing would be to include students and graduates of local faculties of fine arts in the design process in order to create added value and originality to locally manufactured products.

Right now, we are working on a study, in cooperation with ITIDA, about the current companies in the Egyptian market. This study would allow us to understand the abilities of each factory and the added value it presents, as well as factories that can help in design and offer local applications on Android.

One aspect of manufacturing development includes establishing research centres in the Egyptian market, in addition to an electronics factory. Once the study has been concluded, we will aim to achieve these goals.

Egypt has a great opportunity to seize a share in the manufacturing of products or parts of mobile phones technology. For example, air shipping of mobile batteries has been internationally banned due to security reasons. Egypt can use this and offer manufacturers investment incentives to move their factories from China to the Suez Canal, which will facilitate transporting their production—via sea—to Europe and the Middle East in a shorter time than from China.

What competitive advantage does Egypt have that attracts companies to manufacture here?

Worker efficiency—the Egyptian market needs to develop education and training. There should also be mechanisms to repatriate funds, as investors will always seek to send their earnings to mother companies. Egypt’s current rating, with regards to the business environment, is low. The last thing is not yet activating the one-stop shop.