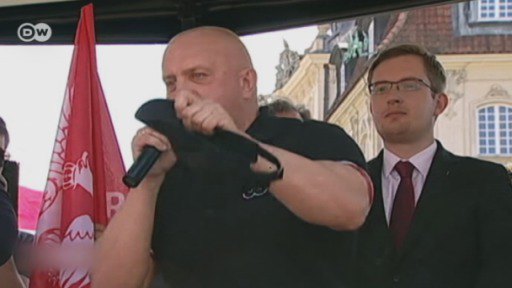 Germany’s institutional investors are looking to the future with a great deal of hope. A leading economic think tank said its closely watched confidence barometer jumped unexpectedly despite Brexit fears.
The Mannheim-based ZEW economic institute reported Tuesday its forward-looking monthly investor sentiment index jumped by 12.8 points to 19.2 points in June, reflecting analysts’ assessment of their current situation as well as their expectations for the next six months.

The surge marked the barometer’s highest level since September 2015 and sharply contradicted a Reuters poll among investors which had penciled in a tangible drop for June.

“The improvement of economic sentiment indicates that the financial market experts have confidence in the resilience of the German economy,” ZEW President Achim Wambach said in a statement.

Brexit not really a headache

He noted that while general economic uncertainties, including a possible UK exit from the European Union after the June 23 referendum, could not be brushed aside, institutional investors in Europe’s powerhouse seemed to remain largely unfazed.

The June reading suggested that analysts were counting on strong domestic consumption, as exports might be hit by the economic slowdown in some emerging economies.

For its monthly barometer, ZEW officials question over 200 leading analysts and investors across the country.