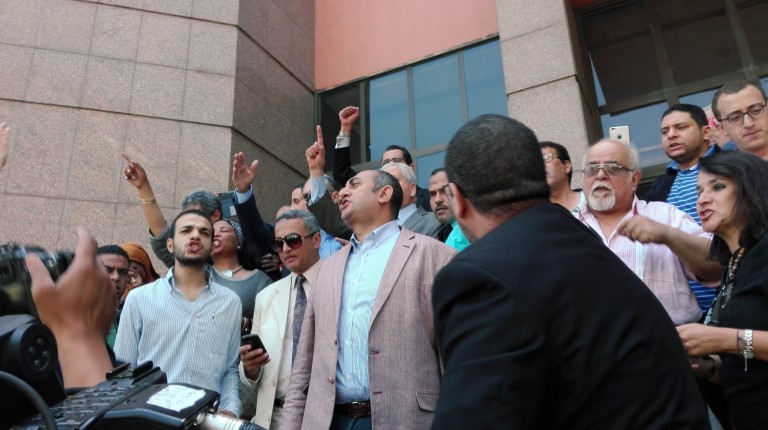 The State Lawsuits Authority (SLA) plans to appeal the State Council’s ruling on Tuesday that cancelled a maritime demarcation agreement which transferred sovereignty of the Red Sea islands of Tiran and Sanafir to Saudi Arabia in April, a judicial source told Daily News Egypt.

The High Administrative Court, which is imbedded within the State Council, will preside over the case. In their appeal, the SLA is expected to make similar arguments to those made during the preliminary trial, which claimed that the agreement must be vetted by parliament and that the deal constitutes an exercise of sovereignty by the state.

On Tuesday morning, the state council rejected SLA’s argument that it could not adjudicate on the case before ruling in the plaintiffs’ favour.

“Today the Egyptian judiciary asserted that these islands are Egyptian, and I congratulate all Egyptians, all of the young people in jail—Malek Adly, Ahmed Doma, Alaa Abdel Fattah, and Mahienour and many more,” plaintiff Khaled Ali told the press after hearing the verdict.

“This is a very important ruling, it means essentially that the people who went out to insist that these islands are Egyptian, and some of them are serving jail sentences now, they were right,” said novelist Ahdaf Soueif.

The ruling stated that the Egyptian state should continue to exercise all acts of sovereignty over the territories.

Following the court’s ruling, lawyers, activists, and spectators rushed out of the courthouse cheering loudly and expressing their joy over what they deemed as the best outcome for the ruling.

“[This verdict] confirms that the Egyptian judiciary is just, something we hope is always true. It also assures us that our stance [on the deal] from the very beginning has been true, that these islands are Egyptian,” said veteran lawyer and plaintiff Ma’asoom Marzouk.

Ali and fellow plaintiff Ali Ayoub had presented the court in previous sessions with a number of documents in support of their plea, while the government has yet to provide supporting evidence for why the islands should be transferred to Saudi Arabia.

In a statement made on his Facebook page shortly after the verdict, Ali said he would be holding a press conference on Wednesday to further explain the deliberation of the court and the materials presented during the plea.

“I ask the Egyptian government to void this agreement. They made a mistake, they should fix it. I urge them to implement the council’s decision,” Ali told the press.

The controversial agreement was made in April during a visit by Saudi Arabian King Salman bin Abdulaziz Al-Saud. It has since sparked widespread discontent among both pro- and anti-government factions in the country, leading to a number of arrests, which include lawyer Malek Adly.