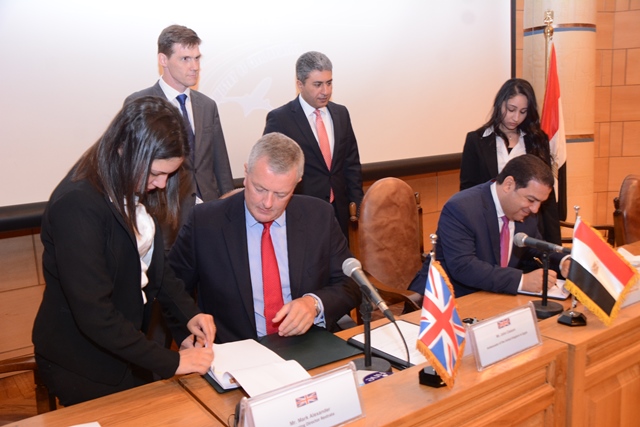 The National Falcon Company for Airport Security signed an agreement with Great Britain’s Restrata on Tuesday to train the new security staff of the former on screening passengers and baggage on Tuesday.

The signing ceremony was attended by the Minister of Civil Aviation Sherif Fathi, British ambassador in Cairo John Casson, Chairperson of the Holding Company for Airports and Air Navigation Ismail Abul Ezz, and high officials from the Ministry of Civil Aviation and the British Embassy in Cairo.

The two entities also signed a memorandum of understanding to establish a joint security training centre in Egypt to provide training for all aspects of airport security.

According to Fathi, this agreement is part of the Ministry of Civil Aviation’s efforts to enhance the security of Egyptian airports, and its continuous commitment to adopting approved standard systems and processes to apply international airport security procedures and practices.

Khaled stated that the training would take place in accordance with the latest international training programmes, given that Restrata is one of the largest companies specialised in the field of aviation security in the world with significant experience in setting security plans, providing training and consultancy services to airports in many countries in the region and some European Union countries.

Khaled pointed out that Falcon will start providing its security services initially at Sharm El-Sheikh airport in August, which will soon be followed by Cairo International airport.

He said that the company will work in accordance with instructions from the Ministry of Interior, adding that the role of Falcon security personnel will be limited to the inspection procedures of the gates, baggage, and entrances of the airport’s lounges. They will not carry any kind of weapons, according to Khaled.