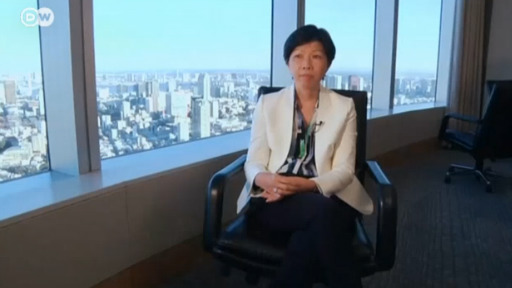 The number of young Japanese men and women wanting to get married has seen a sharp decline, reveals a new study. What are the reasons behind this trend and how is it impacting society? Julian Ryall reports from Tokyo.
Looking back, Makoto Watanabe wishes he had gotten married in his early 30s, but he admits back then he had neither the job security nor the financial resources to support a wife and family.

Now he is 41-years old and a lecturer in communications and media at Hokkaido Bunkyo University. But Watanabe says he fears he may have left it too late.

“The older I get, the busier I also seem to get and there are fewer and fewer opportunities to meet ‘the one’,” he told DW. “Now I have my career and I’m comfortably off, but I certainly have regrets that I did not marry when I had a chance when I was younger.”

Watanabe’s plight is identical to that of thousands of young Japanese men and women, who are unable to find a partner due to any one of a number of reasons, although the largest obstacles remain an inadequate salary to support a family and punishing work schedules limiting opportunities to interact with the opposite sex.

And with Japan already struggling to find ways to overcome a demographic challenge of too few babies being born and people living longer – thus requiring more pensions and expensive advanced medical care – the results of a new survey make bleak reading.

A study by an affiliate of Tokyo-based Meiji Yasuda Life Insurance shows that the proportion of Japanese men in their 20s who want to marry has slumped to 38.7 percent, down alarmingly from 67.1 percent just three years ago.

Japanese women have traditionally sought the “three highs” – of high academic achievement, physical height and an elevated income – in the perfect partner, but the report suggests that income is now their prime concern.

“This gap seems to be one of the reasons for more people not marrying at all or marrying late,” it concluded.

Watanabe believes there are several reasons why Japanese are not marrying younger, but the most significant one is economic. “There are many people who want to get married but they simply cannot take on the financial burden of a family,” he said.

“One in three young people do not have a regular job and very little job security, so they sense all this psychological pressure over an uncertain future and so they opt to avoid that pressure by not getting married.”

Another factor, Watanabe said, is the relatively new-found “freedom” that young Japanese have, as a result of decreasing social pressure to settle down and start a family. “Young people no longer see that as an absolute responsibility of life,” he noted.

Japan has also seen a shift in attitudes among the sexes, with young women increasingly seen as career-orientated and putting their own desires ahead of the need for a family – a situation that sociologists here say has turned them into “carnivores.”

Men, on the other hand, have become more willing to put up with unhappiness in their careers merely to hang on to their jobs as well as being less domineering toward women, making them “herbivores.”

Shiho is a 38-year-old doctor who is seeking a husband, although she admits her punishing work schedule makes it close to impossible for her to meet the ideal man.

“My work is so busy that I have few chances to encounter other people,” she told DW. “I do still hope to meet the right person – although I feel it is becoming even harder to do that.”

Shiho, who declined to give her family name for this interview, said she would not “discriminate” against a man whose salary did not match her own, but she hopes to meet a person from a similar background and with similar interests.

“I want to meet a person who has the same quality of life as me, who likes to eat out at good restaurants, who likes to travel and stay in nice hotels, and that does require a certain level of income,” she agreed.

For Watanabe, the search also continues.

“Of course I would like to get married, but I just have not met the right partner,” he said.

“When I was in my 30s, I wanted a partner who would also be able to work so we would have a double income and be comfortable, but now I am financially relatively well off and I don’t necessarily need a wife to work.

“So now, for me, the most important things are personality and compatibility as human beings.”

Japan seeks to calm uncertainties stirred up by Brexit