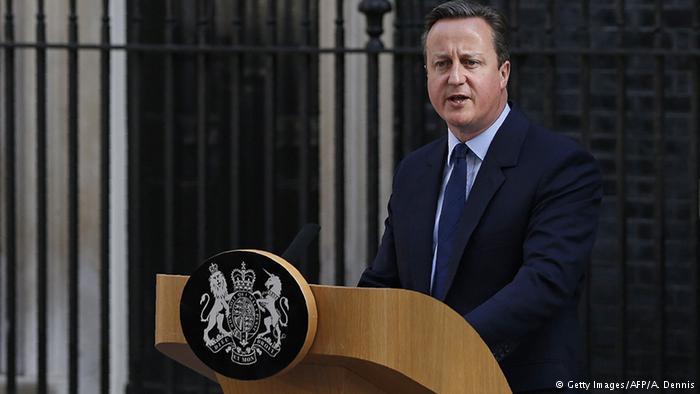 Prime Minister David Cameron stepped in front of 10 Downing Street on Friday morning, saying his Conservative Party should aim to have a new prime minister in place by October. The announcement effectively triggered a leadership race within the party.

“I do not think it would be right for me to be the captain that steers our country to its next destination,” Cameron told reporters outside his Downing Street office. He said he had already informed Queen Elizabeth II of his intentions.

The move came despite an open letter of support for Cameron from more than 80 party allies, released before the referendum’s results were known, saying that the prime minister had “a duty” to stay in office whatever the outcome. However, it was noted at the time that several prominent euroskpetic conservatives had not signed up to this letter.

Cameron took office as Prime Minister in 2010 – serving his first term in a coalition government. In 2015, he won re-election without requiring a coalition partner – having campaigned, among other pledges, on the offer of an “in/out” EU referendum.

Election night, and the swing to ‘Brexit’

Shortly after 6 a.m. local time (0500 GMT/UTC), the “Leave” tally reached a point where “Remain” could no longer close the gap, with just a handful of regions left to declare.

In broad strokes, England, Wales and Northern Ireland all voted to leave – by varying margins – while Scotland voted to stay. The city of London also overwhelmingly supported the Remain camp.

As results broke with the dawn on continental Europe, Dutch right-wing leader Geert Wilders celebrated and called for exactly the same vote in his country. France’s Front National leader Marine Le Pen went a step further, saying all EU members should conduct such a referendum.