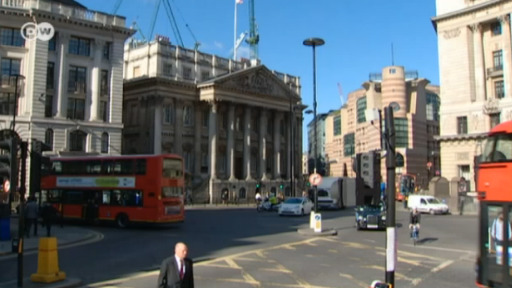 The Brexit vote has not impacted the resolve of Deutsche Börse and the London Stock Exchange to push through their planned merger. They said the tie-up would be even more important now that Britain was leaving the EU.
The Frankfurt and London stock exchanges said Friday they would press ahead with their planned merger even though Britain had voted to leave the European Union.

They said in a joint statement that the companies’ boards “remained fully committed to the agreed and binding merger terms” and would continue the process of obtaining the necessary regulatory approvals.

Both sides confirmed they intended to seal the merger in July. The tie-up was described as a merger of equals that would create one of the world’s biggest stock exchanges.

Under the agreed terms, Deutsche Börse (as the operator of the Frankfurt Stock Exchange) will end up with 54.4 percent of the new holding company’s capital, while LSE shareholders will own 45.6 percent.

“The boards believe that the outcome of the UK referendum does not impact the compelling strategic rationale of the merger,” the joint statement said Friday.

After markets opened in Europe, Deutsche Börse shares were down nearly 9 percent in Frankfurt, while the overall Dax 30 index began the trading day 10 percent down to log a loss of 7.2 percent in mid-morning trade.