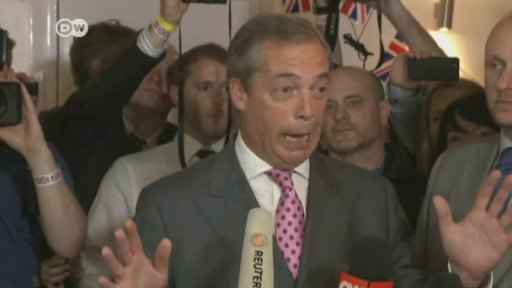 A looming Brexit has sent markets into the “craziest, fastest moving betting scene” in years, with volatility levels being extremely high. Shares in Asia are in freefall, and the British pound is collapsing.
The specter of a British exit from the European Union saw equity markets in Asia take a dive Friday.

Tokyo was down a staggering 8.3 percent, while the stock exchange in Hong Kong tumbled 3.6 percent. Sydney also shed more than 3 percent, with Seoul losing 1.5 percent while awaiting the results of the Brexit vote.

Highlighting the volatility across all markets, betting giant Ladbrokes tweeted that we were seeing “without doubt the craziest, fastest moving betting market in recent history.”

European stock markets also headed for a sharply lower open on Friday, pre-market calls from financial bookmakers suggested. Britain’s FTSE, Germany’s DAX and France’s CAC were forecast to fall between 6 percent and 7.5 percent, according to calls from IG and CMC.

In the weeks leading up to the Brexit vote, there had been widespread warnings that a “Leave” outcome would cause another rout across global markets that would wipe trillions off valuations, just months after a painful China-fueled selloff. With results trickling in from London, that doomsday scenario now seemed to be unfolding, analysts remarked.

The British pound collapsed on Friday morning to a 31-year low. Sterling dipped by roughly 9 percent, hitting its lowest level since 1985.

Cameron announces resignation after UK votes out of EU