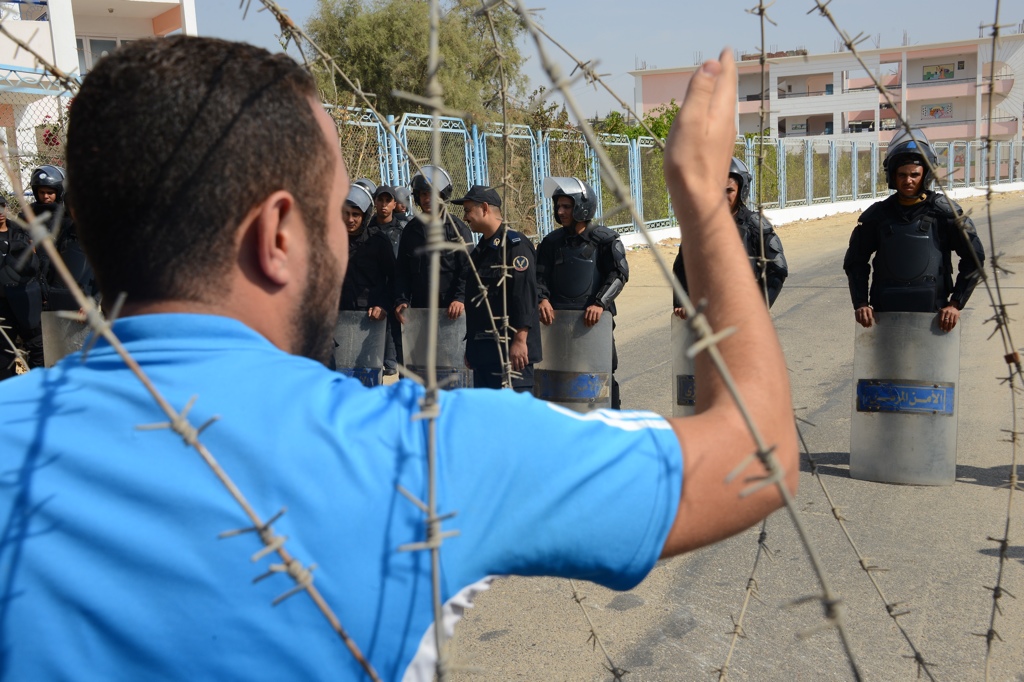 While the UK overall narrowly favored Brexit, a large majority of Scots voted to remain in the EU. Thursday’s referendum has reopened the question of Scottish independence, Peter Geoghegan reports from Edinburgh.
Addressing reporters at Bute House in Edinburgh on Saturday, First Minister Nicola Sturgeon said a second referendum on Scotland’s independence was “clearly an option” in the wake of the unprecedented decision by UK voters to leave the European Union despite Scots’ support for the EU.

On Friday, the leader of the Scottish National Party (SNP) had called it “democratically unacceptable” that Scotland, which had voted 62-38 to remain, would now be dragged out of the European Union. Scotland’s cabinet discussed the situation on Saturday, and Sturgeon said she would hold a summit with EU representatives based in Scotland within the next two weeks. The first minister is also scheduled to make a statement to the Scottish Parliament on Tuesday.

This is a bold maneuver for Sturgeon, a naturally cautious politician, more in line with the style of her predecessor, Alex Salmond, who less than two years ago and in the same venue had resigned the day after losing a referendum on Scotland’s independence.

That vote was supposed to be a “once in a generation” opportunity – now it seems that Scots could be back in the polling stations as early as 2018.

The SNP went into May’s elections for Scotland’s devolved parliament – in which the party won an unprecedented third consecutive term in government – on a manifesto pledge that a second referendum would be helpful only if there were a “significant and material change in circumstances” since the 2014 referendum, in which just over 55 percent of Scots choose to remain in the United Kingdom.

On Friday, Sturgeon said that Brexit constituted such a material change. “It is, therefore, a statement of the obvious that a second referendum must be on the table,” she said, “and it is on the table.”

Sturgeon said she would seek urgent talks with the European Commission and member states to make it clear that Scotland wanted to remain within the EU.

“I want to make it absolutely clear today that I intend to take all possible steps and explore all options to give effect to how people in Scotland voted,” Sturgeon said. “In other words: to secure our continuing place in the EU and in the single market in particular.”

Sturgeon stopped short of confirming that a second vote on independence would be held. But a senior SNP source said a white paper making a fresh case for independence could be published next spring, with a referendum to follow in 2018.

The prospects of another referendum have not been universally welcomed. Scottish Conservative leader Ruth Davidson said she shared Sturgeon’s disappointment with the Brexit result – but disagreed with sending Scots back to the polls.

“I do not believe that a second independence referendum will help us achieve that stability, nor that it is in the best interests of the people of Scotland,” said Davidson, who had campaigned vigorously for a “Remain” vote.

“I believe in Scotland’s place within the United Kingdom today as much as ever,” Davidson said.

The SNP will hope that Scots who had voted “No” in the first referendum can be convinced to vote for independence this time around. The Better Together coalition that won in 2014 is substantially weaker, and polling suggests that the Brexit vote would make some Scots more likely to leave the United Kingdom.

Already there are signs that some who voted “No” the first time around would now favor independence in the wake of the Brexit referendum. In 2014, Labour, the once dominant force in Scottish politics, was the leading unionist voice. But former Labour First Minister Henry McLeish said he was “very, very attracted” to the idea of leaving the UK in the wake of Thursday’s result. The author JK Rowling has also suggested that she might rethink her position.

Nationalists would not be guaranteed to win another referendum. Many of the questions that dogged them during the 2014 campaign remain – particularly around currency and the North Sea oil and gas industry.

There could be legal obstacles to a second referendum, too. The union between England and Scotland is a matter reserved to Westminster under the 1998 Scotland Act, which created the devolved parliament in Edinburgh. The 2014 referendum was held under a temporary license that has since expired.

“Arguably it is not within the Scottish Parliament’s legislative competency to call another independence referendum,” said Andrew Tickell, a constitutional lawyer at Glasgow Caledonian University.

UK Prime Minister David Cameron announced his resignation Friday, and his successor would almost certainly have to grant the Scottish Parliament the authority to hold another vote. A new Conservative prime minister would likely be hostile toward a referendum that could result in the breakup of the United Kingdom.

Should the government in London attempt to stand in Scotland’s way, that could help further make the case for independence. Even more damaging to Scotland’s three-century union with England is the prospect of a new right-wing government in Westminster with almost no support north of the border.

“If we get a Boris Johnson government, that would annoy Scots even more than Brexit,” said Michael Keating, a professor of politics at Edinburgh University.

“Polls before the referendum showed Brexit would add another three or four points, which is not enough,” Keating said. “But, if the Brexiters can be painted as narrow nationalists, that would really change things.”