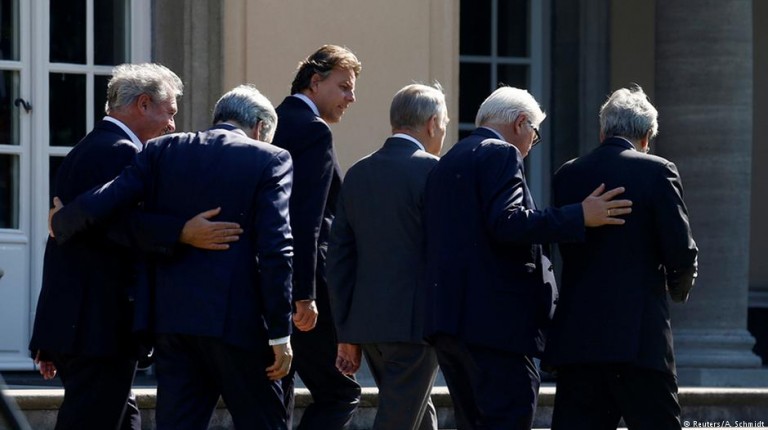 Steinmeier was hosting his colleagues from France, Italy, Netherlands, Belgium and Luxembourg for a hastily arranged summit on Saturday. Representatives of the EU’s original six member nations were meeting to deal with the aftermath of the UK’s vote to leave the union.

“I am confident that these countries can also send a message that we won’t let anyone take Europe from us,” Steinmeier said ahead of the Berlin meet.

Germany and France were reportedly planning to present joint reform proposals at the summit, including a strategic draft on a “flexible union.” The new system would give more leeway to individual members to decide on their degree of integration.

Wrong time to be ‘hysterical’

The British decision should be seen as a wake-up call, Steinmeier told reporters.

“It is apparent that Europe needs to deliver solutions the people are asking for,” he added. Major issues include refugees and immigration, as well as youth unemployment and security, according to the German foreign minister.

At the same time, Steinmeier cautioned against rash decisions and pretending “that all of the answers were already at hand.”

“It’s totally clear that in times like these one should neither be hysterical nor fall into paralysis,” he added.

The present-day European Union originated from the European Economic Community, which was established in 1957 by West Germany, France, Italy, and the Benelux countries. The UK joined the organization in 1973.