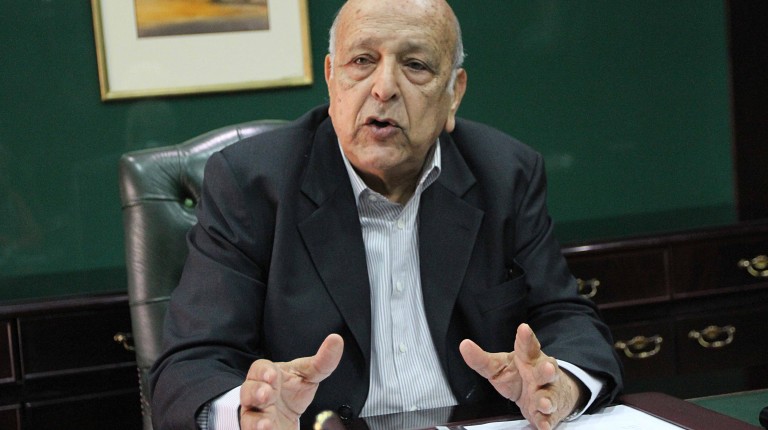 Egypt’s economy is currently facing a series of challenges that require a different approach in order for economic recovery to lead to growth. During his most recent interview, President Abdel Fattah Al-Sisi addressed a number of pressing economic issues, highlighting mostly his achievements that have dominated his presidency over the past two years.

How would you evaluate Egypt’s economy at the moment?

Egypt’s economy has begun to see improvements, but it has not fully recovered yet. The largest sectors in Egypt’s economy continue to suffer, particularly Egyptian exports, which continue to record low rates. A recent report issued by the Ministry of Trade and Industry reported that exports increased by 9% in April 2016, but that is not sufficient enough.

Tourism continues to suffer due to a series of unfortunate events. Revenue from the Suez Canal has continuously regressed. This is all on top of the main obstacle, which is a poor environment for investment. Doing business in Egypt is a difficult mission.

What are the main obstacles affecting Egypt’s investment climate?

There are six main obstacles. The bureaucracy, corruption, and government’s habit of breaking or dishonouring contracts are at the top of the list. Following these is the government’s failure to solve conflicts between investors and state bodies. Other obstacles include the new procedures of the Central Bank of Egypt (CBE) that limit the transfer of US dollar abroad and the general lack of security due to political conflict. All these factors create a sense of economic uncertainty.

Does this mean that the Egyptian economy will take a long time to recover?

If we [the government] start handling the situation beginning now, the Egyptian economy will recover 20 years from now. The slower we act, the longer recovery will take.

Many investors reject the new investment draft law. What do you think about this?

The current investment atmosphere is not in a good state. Taalat Harb, the prominent economic  figure and the founder of Banque Misr, used to establish a new company or economic entity every month regardless of laws or decrees.

If the government deals with investors’ problems seriously and applies a system that unifies all investment entities under the same umbrella, it will save more time and effort.

You have a lot of experience in the real estate sector. How can we promote this sector and what are the main challenges facing it?

The Egyptian real estate market is hopeful because there is an increasing demand in this sector. Egypt’s population reached 90 million this year, which means we must build 500,000 housing units in order to meet demand. The government must take serious action to implement and encourage the idea known as the “second house”, which are housing unites allocated to foreigners. This concept is applied all over the world and can greatly benefit the economy.

Unfortunately, the state monopolises all land ownership. This is the main challenge because more effort, money, and time are required in order to complete the necessary procedures for obtaining a piece of land. This often results in investors choosing to cancel their projects.
You have announced that a new federation called the Real Estate Developers Federation (REDF) will be created. What were the steps taken regarding the creation of this project?
The new federation will be established by the end of 2016. It is still under formation. I have sent the required documents for the federation’s internal laws to the cabinet and the Ministry of Trade and Industry for review.

What is the role of this new federation?

The new federation aims to organise the Egyptian real estate market. It will be the only entity that has the directive to issue licenses to solve problems between the state and contractors, state and investors, and citizens and housing project owners. The real estate market suffers from organisational chaos and needs different organisational methods to be applied in order to improve.

Why did you resign from the Egyptian Businessmen’s Association?

There is no one main reason. I only aim to send a message to all of those who are in power in every sector that it is important to pump new blood into all entities over time. We should create an environment that gives other efficient, professional individuals a chance.

Dealing with government is risky, scope of cooperation is minimal: Sabbour