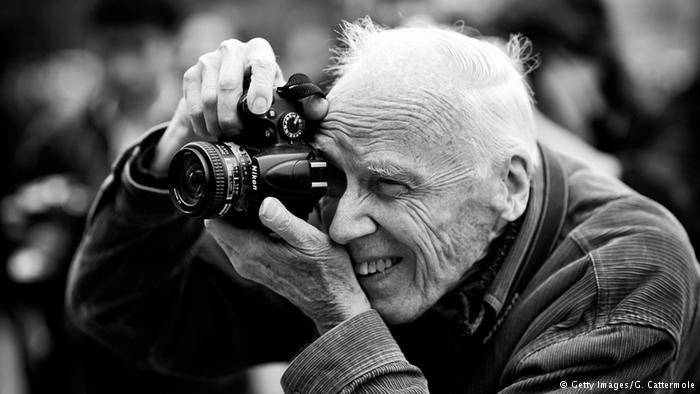 Revered “New York Times” photographer Bill Cunningham has died at the age of 87. With a career spanning more than four decades, he became renowned for capturing the essence of New York fashion.
“The New York Times,” where Bill Cunningham spent 40 years of his career, confirmed on Saturday that the photographer had died in Manhattan at the age of 87. The Boston-born Cunningham had recently been hospitalized after suffering a stroke.

“Today we lost a Living Landmark, not that he ever stood still. Let’s all be more fabulous in Bill’s memory,” New York Mayor Bill de Blasio’s office wrote on Twitter.

Credited with creating the genre of street fashion photography, Cunningham became renowned for capturing the latest trends on the streets of New York, often unearthing major, even avant-garde trends on the street, on the catwalk or at glittering parties.

“Times” executive editor Dean Banquet said: “To see a Bill Cunningham street spread was to see all of New York.”

Often seen scouring New York’s avenues on his bike in his trademark blue workman’s jacket, Cunningham was in 2009 named a “living landmark” by the New York Landmarks Conservancy.

With his passion for capturing a subject or trend’s look, whatever it may be, he was, as the “Times” called him, an “unlikely cultural anthropologist.”

In a 2010 documentary about Cunningham, Anna Wintour – editor of American “Vogue” magazine and one of the photographer’s muses – marveled at his ability to “see something, on the street or on the runway that completely missed all of us. And in six months’ time, that will be a trend!”

Following the news of Cunningham’s death, Frank Rich, a former “New York Times” columnist and executive producer of the HBO series “Veep,” tweeted: “Bill Cunningham was as delightful and fascinating a person and colleague as he was an artist. An independent mind, big heart, no airs.”

Despite his professional links to the fashion world’s elite, Cunningham lived a modest life. In an obituary on Saturday, “The New York Times” said “asceticism” was a hallmark of his brand.

For years he ate breakfast almost every day at the same deli, where, until recently, a cup of coffee and a sausage, egg and cheese could be had for under $3 (2.69 euros).

Asked why he kept tearing up checks he received, Cunningham said: “Money’s the cheapest thing. Liberty and freedom is the most expensive.”

On hearing of his death, “Times” publisher and chairman Arthur Sulzberger Jr said: “His company was sought after by the fashion world’s rich and powerful, yet he remained one of the kindest, most gentle and humble people I have ever met.”

“We have lost a legend, and I am personally heartbroken to have lost a friend,” Sulzberger added.

The Closet: the ever-growing value of vintage