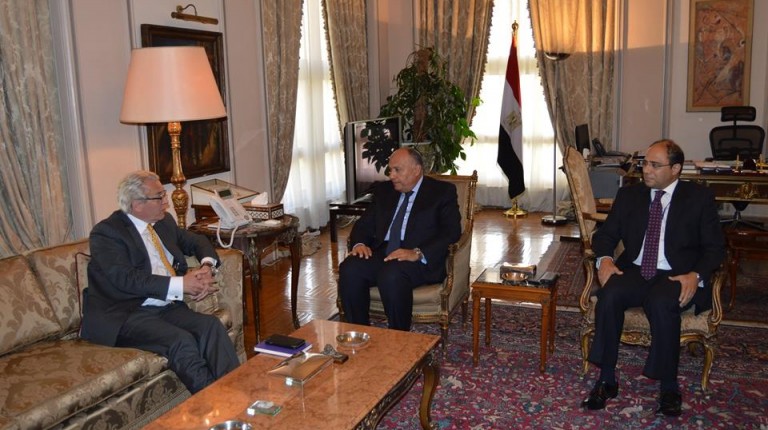 Wennesland is currently visiting Egypt to discuss the development of the Palestinian issue and the future of the peace process with government officials.

During the meeting, Wennesland was determined to review the latest meeting outcomes on the peace process, which was held with Shoukry in Paris earlier in June, according to the ministry spokesperson Ahmed Abo Zeid.

Shoukry and Wennesland also discussed potential action plans to activate the peace operation in light of the Paris meeting, and the statements of President Abdel Fattah Al-Sisi on Egypt’s role in encouraging both parties of Palestine and Israel to resume direct negotiations amongst themselves.

The peace process also aims to reach a final agreement that will help establish a Palestinian state.

This meeting comes ahead of an assembly that is scheduled to take place in Norway over the coming months, according to Wennesland. This assembly will coordinate to provide assistance and humanitarian aid for Palestinians.

The aforementioned Paris meeting initiative had failed as the Israelis refused to participate, saying that direct negotiations are the best solution.

The peace process had not faced such ignorance and neglect since the Oslo agreement in 1993, Shoukry said at the conference.