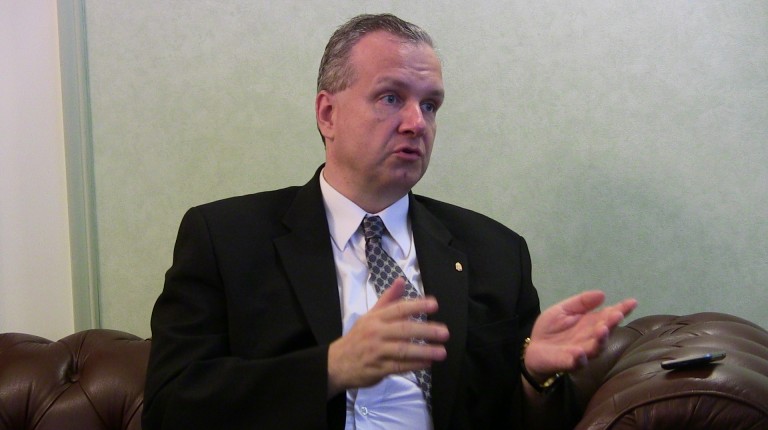 During Hungarian prime minister Viktor Orbán’s visit to Cairo from 31 May to 2 June, Daily News Egypt sat down with Hungary’s ambassador to Egypt Peter Kveck to discuss Hungarian-Egyptian relations

What was the occasion of the prime minister’s visit?

President Abdel Fattah Al-Sisi visited Hungary in June 2015, and during that time Orbán and Al-Sisi agreed that they would continue to work towards better relations between the two countries. To see this through, Orbán visited Egypt earlier this month to push forward negotiations.

Can you tell us more about the delegation Orbán brought with him?

These ministers held separate meetings with their Egyptian counterparts.

The delegation also included representatives from 61 Hungarian companies, with a total of 75 Hungarian businessmen included as part of the trip.

Are both leaders keen on developing economic cooperation?

Of course. On the sidelines of the visit we held an Egyptian-Hungarian business forum, which was attended by Al-Sisi and Orbán.

Did Orbán meet other officials during his visit?

So why did he visit these religious entities?

He wanted to express his interest and willingness towards cooperating with both entities, whether Muslim or Coptic.

How successful do you think this visit was?

The discussions that took place were very successful. We managed to finalise five agreements between the two governments.

There were also nine business agreements, including one that amounted to around $ 9m. Others opened the way for further business activities.

Can you tell us more about the $ 9m contract?

The contract was an agreement for exporting railway spare parts from Hungary to Egyptian National Railways.

This was the only agreement regarding the railways’ sector?

No, both governments concluded in this regard another agreement about financing the delivery of 700 units of Hungarian railway coaches to the Egyptian National Railways.

Some of these units will be produced in Egypt, jointly between Hungarian and Egyptian companies, with the transfer of technology, which I believe is very positive for Egypt, as it will create job opportunities for Egyptian workers in the railway factories.

You mentioned that there were five intergovernmental agreements?

They included an air service agreement for civil aviation, a memorandum for boosting economic cooperation, cooperation between Egyptian Radio and Television Union and its Hungarian counterpart, and another economic agreement.

Regarding military cooperation, we signed a memorandum for cooperation between the two ministries of defence.

Were there any exchanges regarding culture?

We already signed an agreement in 2015 which offers 100 Egyptian students to travel to Hungary for study every year.