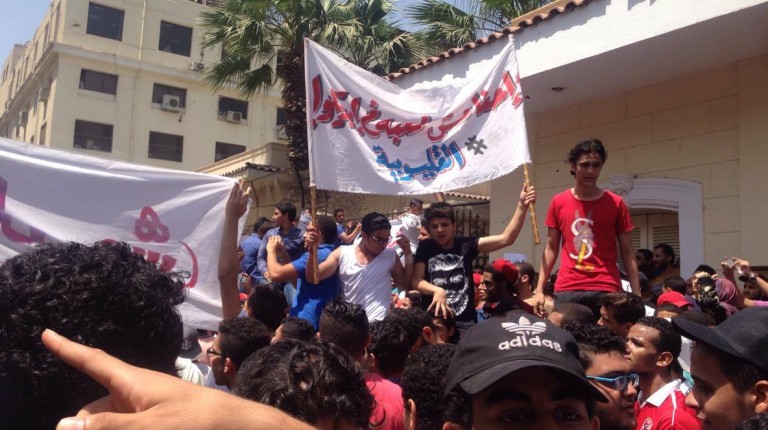 Hundreds of thanaweya amma secondary school students staged a protest on Monday morning at the headquarters of the Ministry of Education, calling for the minister’s immediate dismissal after a series of exam leaks.

The ongoing protest in Cairo’s downtown is protesting the failure of the ministry to secure the thanaweya amma exams. Since the beginning of the exam season in early June, all exams have been leaked, prior to or during the exams, via social media.

The protesters chanted against the ministry’s latest decision on Sunday to cancel part of the mathematics exam, after reports of online leaks. However, this decision comes after students had already sat for the exam earlier in the morning.

The ministry also decided to postpone the exam dates of several other subjects, including geology, history, mathematics, and geometry.

The crisis had put Minister of Education El-Helaly El-Sherbiny under attack, as he is being blamed by various involved stakeholders for not stopping the exam leaks.