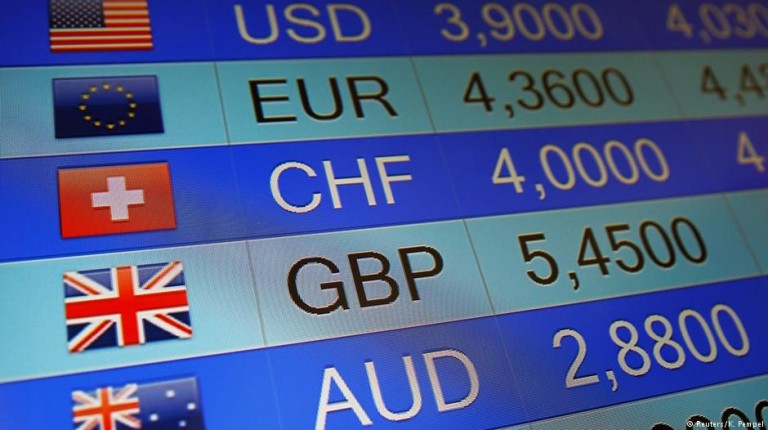 The address from London came just three days after the UK’s voted 52 percent to 48 in favor of leaving the EU. Within hours of the result being announced, global stock markets lost about $2 trillion in value. While sterling suffered a record one-day plunge to a 31-year low against the dollar, money poured into safe-haven gold and government bonds.

In an attempt to reassure the shaken markets on Monday, Osborne said the UK economy was “about as strong as it could be to confront the challenge our country now faces,” adding, however, that uncertainty remained in the days ahead.

“It is inevitable after Thursday’s vote that Britain’s economy is going to have to adjust to the new situation we find ourselves in,” Osborne said.
Following calls with finance ministers and the central bank governors of the G7, the chancellor said “further well thought-through contingency plans” were also available if necessary.

Confirming comments made by Bank of England Governor Mark Carney on Friday, Osborne said that in the meantime the central bank stood ready to provide 250 billion pounds ($345.93 billion) of additional funds to support financial markets.

The chancellor did not comment, however, when asked whether the UK was now likely to face recession, something which was previously predicted by the Treasury in the case of a “Brexit vote.”

Last week’s result has unleashed political turmoil in the UK. Within hours of the confirmed “Brexit” vote, Prime Minister David Cameron announced he would no longer be in office by October, while onSunday, 12 shadow cabinet members of the opposition Labour Party also withdrew their support for leader Jeremy Corbyn. Meanwhile, the prospect of a fresh Scottish bid for independence looms.

Asked on Monday whether he too had considered stepping down from his role as chancellor of the exchequer, Osborne said he had “a very important job to do.”

“There have been questions about the future of the Conservative Party and I will address my role within that in the coming days,” he said.

A close ally to the prime minister, and one-time frontrunner to succeed him, Osborne also supported Cameron’s decision to delay triggering Article 50, which would prompt discussions in Brussels over the UK’s departure from the EU.

“Only the UK can trigger Article 50. In my judement we should only do that when there is a clear view about what new arrangements we are seeking with our European neighbors,” the chancellor said.

European Union leaders like Martin Schulz and Jean-Claude Juncker have urged the UK to start the exit process without delay.

Osborne’s statement on Monday also marked his first public appearance since the EU referendum. In his absence, Britain’s credit rating outlook was downgraded by Moody’s, economists slashed their growth outlook for the British economy and banks forecast an extended period of volatility for sterling.

A Reuters poll of economists on Friday showed that the result could drive the economy into recession and force the Bank of England (BoE) to ease its already ultra-loose monetary policy further. Markets have priced in a growing chance of a rate cut later this year.