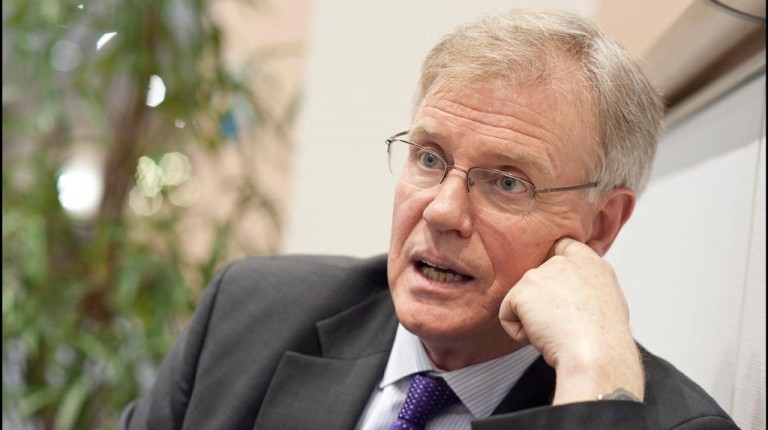 Head of European Union (EU) delegation to Egypt James Moran said that Britain will remain committed to the EU-Egypt Association Agreement until the legal separation procedures are completed. The agreement, which was signed by Egypt and the EU countries, provides both parties with customs advantages with different rates.

The British had voted to leave the EU in a referendum at the end of last week, a process that had been labeled as Brexit.

During an iftar organised by the EU delegation on Monday, Moran denied that the EU aid programme to Egypt will be affected by Brexit, especially since the United Kingdom (UK) provides approximately 11% of the EU’s total programmes worldwide. “Nothing will change,” Moran assured.

He added that Britain still has a long way towards separation, since what happened was just a referendum that will be followed by long talks to exit the EU.

He said that the European Commission had called on the UK to quickly finalise the legal procedures of its exit, noting that Britain is the party that will decide when it will begin with the process.

He added that the referendum result is a confusing matter for the UK and the EU, expressing his belief that some people in Britain will regret the separation decision.

Moran denied that the migration to Britain is the real reason behind the Brexit vote, saying that Europe has always been known for being a land of diasporas. He highlighted that migration is a social feature in all European countries, and that one in every three Europeans belongs to a migrant family.

Moran revealed that the EU is in discussions with Egypt regarding cooperation in how to face the problem of refugees. He said that the EU will support Egypt, refusing to reveal further details since the matter is still being discussed.

He denied that the EU will offer to help Egypt reconcile with the Muslim Brotherhood, saying that more important issues need to be dealt with and cooperated in, such as facing the Islamic State (IS) in Sinai.

The EU is concerned about the restrictions the Egyptian government has lately imposed on trade between Egypt and countries of the EU, Moran added. The main concern lies in the decision of registering foreign factories’ data in the General Organization for Export and Import Control, before allowing its products to enter the local market.

He added that these restrictions lead to a bad environment for the economy and trade. Hence, said Moran, the EU hopes that the Ministry of Industry and Foreign Trade withdraws these procedures, while staying in line with the rules of the World Trade Organization. This would lead to a win-win situation for all parties, he stated.

He continued saying that the government should put more effort into raising export rates, instead of imposing new restrictions on trade.

In Cartoon: Britain leaves the EU