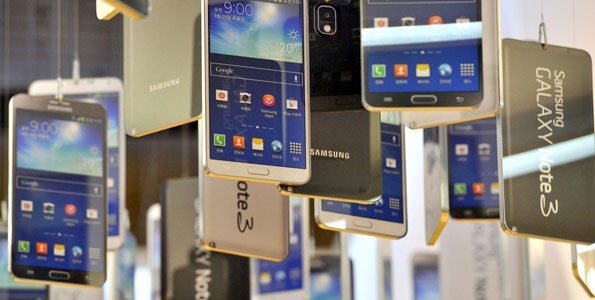 Sherif Barakat , Vice President of Samsung Electronics Egypt, said the Egyptian mobile phone sector has a large potential for growth, supported by a broad base of over 90 million users, of which most are youth.

In regard to the US dollar shortage, Barakat said that the parent company has a positive outlook on the Egyptian market, explaining that the Egyptian market will regain its normal growth when economic conditions are stabilised. Egypt has the largest market of home appliances and mobile phones in the Middle East.

According to Barakat, Egypt ranks among the top five markets in Samsung sales in the Middle East and North Africa. He also pointed out that Egypt’s gross domestic product (GDP) growth rate reached 4.5% last year, which indicates that Egypt has a growing economy compared to neighbouring markets.

Samsung also has the largest proceeds of mobile phone sales in the Middle East with 47%, followed by Apple with 36%, while Huawei and Lenovo had equal shares of 4%, and HTC’s proceeds sales amounted to 3%.