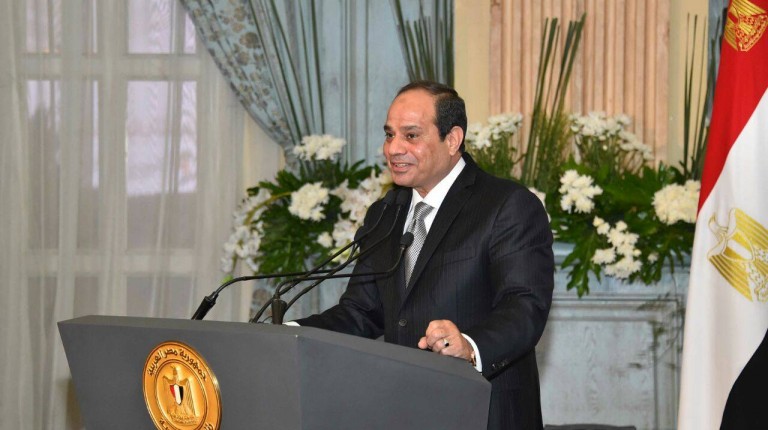 President Abdel Fattah Al-Sisi gave a speech Wednesday morning about the current state of religion in Arab countries during a celebration arranged by the Ministry of Endowments on the occasion of Lailet Al-Qadr (Night of Destiny).

During his speech, the president stressed the necessity of limiting religious conflicts among people in the Arab region, explaining that the consequences of such would lead to further division. He said that extremism must be tackled and confronted.

Al-Sisi explained that after reviewing the sunnah (sayings and teaching of Prophet Mohamed), he found that there are around 600 hadith citing the prophet that are false. He recommended addressing such false explanations and clarifying them to Muslims.

Also during the celebration, Al-Azhar Grand Imam Ahmed Al-Tayeb gave a speech about Al-Azhar’s efforts to renew religious speech and its role in spreading the concept of moderate Islam. The Minister of Endowments spoke about the ministry’s efforts in controlling mosques and countering extremist thought and correcting misconceptions.