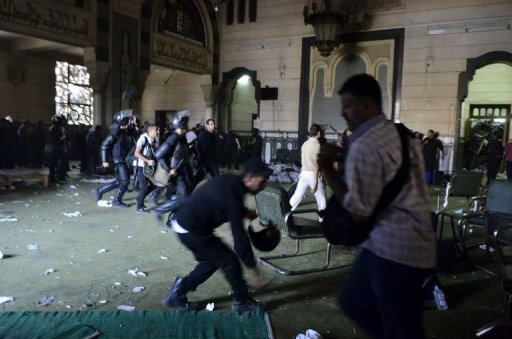 The Cairo Criminal Court on Wednesday adjourned the trial of 494 protesters, who were arrested as violence broke out around Al-Fatah Mosque after the dispersal of the Rabaa sit-in. The case was adjourned till October.

The judge reportedly asked for the accused to be photographed and for a committee to review the video footage presented as evidence to narrow down those suspected of using firearms or weapons.

The court also allowed the lawyers to renew their pleas.

This is the 13th postponement of this case’s verdict and, by October, the accused will have spent over three years in custody, according to the Freedom for the Brave Facebook page.

Among the accused is Irish citizen Ibrahim Halawa, who was detained when he was 17 years old and has been deemed a prisoner of conscience by Amnesty International.

2 killed in exchange of fire with police near New Cairo

Irish teenager held for over 700 days has detention renewed