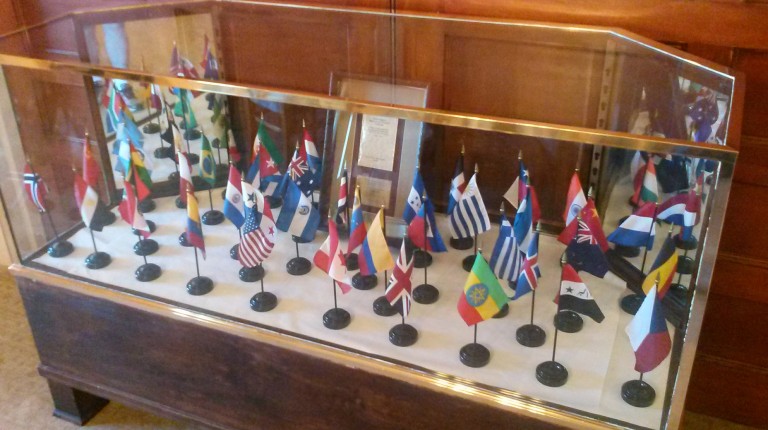 President Abdel Fattah Al-Sisi has made economic reform and recovery one of the main cornerstones of his government’s attempts to address lingering economic concerns. From increasing unemployment and poverty, to an expanding budget deficit, as well as debt and the mounting foreign currency crisis, the government has little room for recovery. Egypt is also facing  increased pressure in ensuring sufficient external financing for the various mega-projects that have been the hallmark of Egypt’s economic recovery.

A report published by the Rafik Hariri Center for the Middle East in Washington DC stated that, despite government efforts, more economic and structural reform is needed to bring about macro-economic recovery. New reports by the World Trade Organisation, International Monetary Fund, United Nations and World Bank, however, have thrown that assumption into question.
Misallocation of investment
In 2015, global foreign direct investment (FDI) increased by 40% to $1.8trn; however, this investment did “not translate into an equivalent expansion in productive capacity”, according to a report published by the United Nations Conference on Trade and Development (UNCTAD). This lack of investment in the productive sectors represents a serious threat to the millennial Sustainable Development goal, which attempts to bring about universal basic goods, services, education and health care for all signatories. It also poses a problem for the mega-projects, which will be less attractive to foreign investors than safe investments, such as real estate endeavours.
World trade slowdown
World trade is also on the decline as decreased demand has driven down trade growth to below world GDP growth averages for the first time since the 1980s. This represents a reversal in previous trends from the 1990s when world trade growth doubled the world’s GDP. This downward trend will have a direct impact on Egypt, in the form of  reducing revenue from the Suez Canal and decreasing export value. It may also affect international interest rates, of which Egypt is highly dependent.

Increased global risk
Analyses made by the  IHS, inc. state that despite the geopolitical risks that face the global economy, these challenges have yet to significantly impact global growth in a negative way. The uncertainties nevertheless have the chance of becoming major global issues over the next few years, such as with the disappointing employment figures in the US and the recent Brexit scandal which will have “significant negative ramifications for the pound and financial markets”, according to IHS. Additionally, world commodity prices will be impacted, and China’s  growth slowdown is likely to continue, with most growth indicators already showing signs of deterioration  in the first half of 2016.

This increased uncertainty has contributed to the rise of trade protectionist measures within the global economy, but even more  worrying are the increasing tariffs and protections instituted among developed economies, potentially reversing 30 years of economic ideology.

Protectionism returned
Seventy percent of trade barriers initiated by economies in the G20 have been erected against other developed nations, which is a departure from the more traditional practice of implementing barriers  against lesser developed countries. Between mid-October 2015 and the end of May 2016, 145   restrictive measures were introduced, bringing the total to over 1,100, which is the largest number of measures  registered with the WTO since the 2008 financial crisis.

Most of the trade restrictions were placed on China to curtail cheap imports that domestic industries cannot compete with but impacts every country and industry. Some of these new trade protection measures were also enacted against Egypt by Turkey, the latter seeking to curtail Egyptian chemical imports .

IHS chief economist Nariman Behravesh told Daily News Egypt that an increase in trade protection is common in the lead up to US presidential elections and is an increasingly popular topic during primaries. Trade protection measures reflect a mounting desire to reduce the number of large scale free trade agreements, such as with NAFTA, the Trans Pacific Partnership (TPP), and the Transatlantic Trade and Investment Partnership (TTIP), which have been the cornerstones of the Obama administration’s trade policy.

Though the benefits of free trade are, according to Behravesh, “indisputable-[as] both sides gain from specialisation in products in which they have a comparative advantage”, there is an extreme reluctance by developing countries to enact trade liberalisation policies due to the fear that implementing such agreements would entail substantial investments in infrastructure and human resources. At the same time, these implementations require nothing from developed countries that have already implemented many measures required by the WTO following the new round of trade agreements.

According to Bahravesh, some countries also fear that a trade facilitation agreement might not reflect the needs and priorities of their economies. Most of the standards and international best practices were established by a few developed countries based on their own needs and priorities as “trade agreements create better jobs, not necessarily more jobs”.

Anger at the status quo
During a lecture at the American University in Cairo in May, French economist Thomas Piketty indicated that while the role of trade as a source of income inequality is “exaggerated”, debt, poverty, and inequality have had a great impact on global instability, as well as future prosperity. The rapid increase in inequality has led to disenfranchisement and subsequent radical political movements, such as with the Brexit campaign, or, in the case of the US, Donald Trump’s threat to default on US debt. In both cases, it is the disenfranchised lower class who, frustrated with policies from the past three decades and establishment political parties,  are fed up with false promises of alleviation each election cycle. Expanded inequality in Egypt
A report published by the World Bank,  “Inequality Underestimated in Egypt?”, attempted to address the lack of information available in Egypt to discern true income inequality. According to official government statistics, Egypt has low income inequality, ranking close to Austria and many European countries. Egypt also has a severe lack of transparency, however, which is required when identifying the facts of the income divide between the rich and poor.

Researchers at the Work Bank state that inequality in Egypt surged from 36 to 47, within the Gini Index, after housing prices were considered a determinant for top income makers. According to official statistics, the Gini coefficient decreased in the years leading up to the­ 2011 revolution. The new Gini coefficient puts Egypt’s inequality somewhere between Venezuela and Mexico, which rank 29th and 24th respectively, making Egypt one of the most economically unequal, and thus politically unstable, countries in the world.

Questioning Ideology
In an IMF report entitled “Neoliberalism oversold?”, the policies collectively known as neoliberalism, are discussed in detail. They include deregulation, trade liberalisation, and a smaller role for the state through privatisation.

While the IMF previously maintained that neoliberalism was beneficial, as the “expansion of global trade has rescued millions form abject poverty”, benefits from increased growth seem fairly difficult to establish and cost[s] in terms of increased inequality are prominent as global trade continues to decline.

According to the report, the ever increasing debt that many countries have accumulated “constrain government spending through limits on the size of fiscal deficits and on the ability of the government to accumulate debt”. However, the report admits that austerity measures enacted to attempt to pay back the increasing debt have “increased unemployment and inequality” and ‘”increase[d] inequality [which] in turn hurts the level of sustainability of growth”.