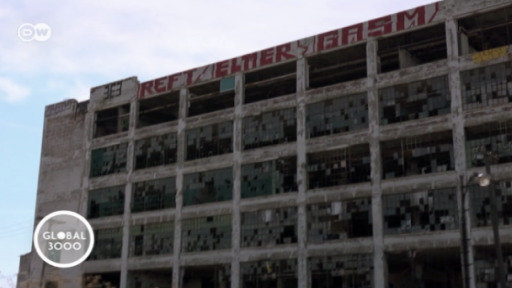 It is still unclear how the UK will split from the European Union. But the Brexit vote is already a setback for advocates of free trade. This could affect millions of people in the world’s poorest countries, say experts.
The reasons for the British vote to leave the EU were diverse, ranging from discontent with the Brussels bureaucracy and hostility toward the political establishment to fear of immigration. Viewed in economic terms, however, the Brexit marks the first tangible retreat from globalization since World War II.

“For the first time, a major economy is saying: We will be better off doing things by ourselves, and making our own decisions,” says Homi Kharas, Deputy Director for the Global Economy and Development program at the Brookings Institution, a Washington-based think tank. “And that’s a bit of a shock to the system,” he added.

For 70 years, globalization has been promoted as the answer to the world’s problems. International trade, capital flows and cross-border movement of people have been steadily increasing.

The consensus was that more globalization was good for all – rich and poor alike. Countless studies and growing middle classes in China and India seem to prove that point. And Europe, with its single market and free movement of people, was “the shining example” of this trend, Kharas noted.

Good for all countries, but not all people

But advocates of globalization tend to focus on the big picture, not on individuals and their perceptions. “Economists have always said that countries benefit from globalization,” Kharas told DW. “And they have always assumed that political processes within each country would then figure out a way to distribute those gains.”

So if a study finds households in the US earn $10,000 more each year because of deeper integration into the global economy, it doesn’t say much about how this wealth is distributed. Because in the bigger picture, it doesn’t matter if factories have to close in one part of a country, as long as new and better jobs are created in another.

Governments can try to offset the negative effects of declining infrastructure, unemployment and lack of education, through increased investment, training programs and taxes, among other measures. “But that process of political redistribution has stopped working quite as well as we would have liked,” stressed Kharas.

Growing inequality leads to discontent. Added to this is a growing fear of immigration, especially among the less-qualified. Kharas calls this “the second dagger penetrating globalization.”

But when it came to the UK’s EU referendum, Kharas says he doesn’t believe the German government’s liberal refugee policy had tipped the British vote in favor of exiting the bloc. “I would be surprised if Chancellor Angela Merkel’s bold and courageous decision to admit refugees into Germany made much impression or impact.”

His argument: Immigration has been an issue in the United Kingdom for a very long time. “I was in UK in the late 1960s. Fifty years ago, it was exactly the same set of issues.” The only difference is that back then, immigrants came mostly from South Asia and the West Indies, while today a significant proportion of them are from Eastern Europe, the development expert explained.

Whether intended or not, the Brexit vote has set a dangerous example, since anti-globalization sentiment is on the rise, says Gary Clyde Hufbauer, senior fellow at the Peterson Institute for International Economics.

“Even before Brexit, the World Trade Organization’s Doha Round was dead, the Trans-Pacific Partnership faced political hurdles, and micro-protectionist measures were sprouting like summer dandelions,” Hufbauer wrote in a recent article.

In Europe, proposed free trade agreements with the US – the Transatlantic Trade and Investment Partnership (TTIP) – and Canada – the Comprehensive Economic and Trade Agreement (CETA) – have been embroiled in controversies.

If this trend continued, poor countries would stand to lose most, believes Kharas. “The developing world has benefited enormously from globalization,” he says and lists better jobs, higher investments and an increased focus on the importance of health and education as examples.

For him, the solution lies in managing globalization in such a way that the concept does not lose the support of the majority of people in rich countries. “We don’t need a faster or slower globalization,” he said, pointing out: “We need a better globalization.”

A better globalization would also mean a better system of redistributing the benefits. The irony is that large parts of the EU bureaucracy in Brussels are convinced that they are doing exactly that, with the help of large-scale programs for infrastructure, industry, agriculture and education.