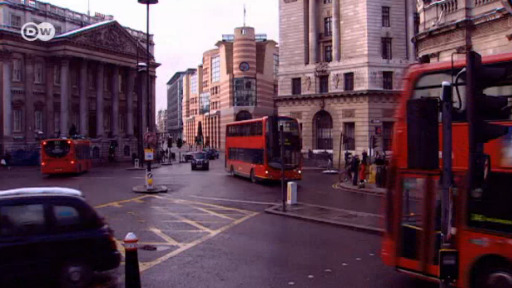 After voting for Brexit, the UK has to negotiate its trade relations with the EU and other countries. In this context, the so-called ‘Norwegian model’ has emerged as a favorable option, but what does it actually mean?
Norway is a member of the European Economic Area (EEA), but not a member of the EU. This means that much like Iceland and Liechtenstein, Norway has to comply with all EU rules, but it cannot vote on them.

Its exports to the EU are also subject to customs checks, since it is not a member of the bloc’s Customs Union, which also includes Andorra, Monaco, San Marino and the new non-EU member, the UK.

Membership in the union means that customs are not levied on goods traveling within the borders, and that member countries enforce a common tax rate on all goods entering it from outside.

The country also has to pay annual contributions to keep its EEA membership, and according to figures published by the Norwegian government and the #.V3VtZVt97cs:Norwegian Mission to the EU,# the per capita fee the country is paying the bloc is rather similar to Britain’s.

Norway also pays grants to poorer EU Member States, which are renegotiated periodically, and makes contributions to a number of EU programs in which it wishes to participate (such as Erasmus student exchanges).

That’s why it may seem like there is no reason for Norway not to be a member of the EU, and indeed, some Norwegians now wonder whether it’s better for the country to join the bloc since it’s already paying similar contributions.

A British government report from March has pointed out one of the major problems in implementing the Norwegian model: “If the UK negotiated the model we would be bound by many of the EU’s rules, but no longer have a vote or veto on the creation of those rules,” a result which sounds contradictory to what 52 percent of British citizens have wished for.

Since it is not a member, Norway also has no representation and no vote in deciding EU law. The Norwegian Prime Minister does not attend the European Council; Norway does not participate in the Council of Ministers; and the country has no Members in the European Parliament (MEPs).

“It has no national member of the European Commission, no judge on the bench at the European Court of Justice (ECJ), and its citizens do not have the right to vote in EU elections, or to work in EU institutions,” the report states. So where are the advantages?

Every rule has an exception

There might actually be a light at the end of the Norwegian tunnel, even for Leave supporters: Chapter 4 in the EEA agreement, called Safeguard Measures, effectively allows member countries to “unilaterally take appropriate measures” in cases of “serious economic, societal or environmental difficulties […] in order to remedy the situation.”

This means that in a case of an emergency, the UK could potentially use these measures and declare a crisis, the same way Iceland reacted following its 2008 economic crisis.

Since Norway is also investing millions of euros in common programs with EU countries, the UK might still be able to choose its cooperations, thus allowing Britons to work or study in the EU if it decides to. Some financial institutions would also be able to operate in the bloc – surely a sigh of relief for worried Britons from both camps.

However, the British government’s report also stressed that the Norway model would give the UK considerable but not complete access to the free-trade Single Market.

“We would be outside the EU Customs Union, and we would lose access to all of the EU’s trade agreements with 53 other markets around the world,” the report stated, adding that “renegotiating these would take years.”

Switzerland, for example, has 120 different agreements with the EU, making such a model highly complicated to recreate. As the report claims, “the web of bilateral agreements between Switzerland and the EU has taken many years to negotiate,” and there is no reason to believe similar agreements with the UK could be achieved any quicker.

And Switzerland is not the only country with a complex relationship to the EU. Unlike Norway, Turkey is a member of the EU Customs Union.

Turkey’s arrangements with the EU cover industrial goods and processed agricultural goods, so that customs checks are not required for these products.

However, arrangements do not cover raw agricultural goods or services, and in areas where Turkey has access to the EU market, it is required to enforce rules that are equivalent to those in the EU.

Having your cake and eating it?

Despite the seemingly optimal Norwegian model, it still contains many potential compromises for Leave voters, predominantly, the EEA’s free movement of people. Norway is obliged to accept this and has also chosen to be part of the Schengen border-free area.

Following several racist incidents in the UK that received the general name ‘Post-Brexit Racism,’ it seems like some people would not be satisfied by this part of the agreement, if imposed.

And even if Britain decides to use the safeguard measures mentioned in the EEA agreement, it is unclear how long such emergency conduct could last, or how long the other members would allow it to have its cake and eat it, too.

ECB conference kicks off in the shadow of Brexit