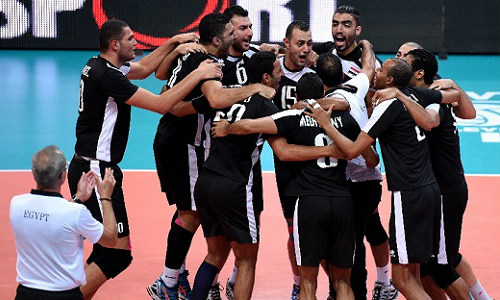 The 2016 FIVB Volleyball World League, which began on 16 June and will end on17 July, is the 27th edition of the event first celebrated in 1990.

This year’s edition has been shortened because of the 2016 Summer Olympics held in Brazil this August.

The only two countries to have participated in all previous 26 editions of the competition are Brazil and Italy.

With 36 teams participating, divided into three groups of twelve, this year’s tournament is the last true test for the teams that qualified for the 2016 Olympic Games. The only Arab countries participating this year are Egypt, Tunisia, and Qatar.

In a message regarding this year’s event, Dr. Ary S. Graça F°, president of the International Volleyball Federation (FIVB), commented about the Egyptian team’s performance last year: “Egypt was a shining example to the world as they swooped the Group 3 crown, their first FIVB title ever. Their achievement is a credit to the development of volleyball in the region as well as the opportunities given to teams at an international level.”

This year the Egyptian team played six matches, winning four and losing the other two.

At the Czech arena, Egypt played its opening match against the Czech Republic winning with a score of 3-2. In the following match, Egypt lost to Canada 0-3, but then defeated China with a final score of 3-0.

Back in Egypt at the Cairo Stadium, Egypt lost to Finland 3-0 before resuming its victories, winning against Japan 3-2, and Turkey 3-1.

Egypt is now placed sixth in the second group. The competition will move to South Korea where Egypt will play against the Netherlands, South Korea, and the Czech Republic, on 1 July, 2 July, and 3 July respectively.