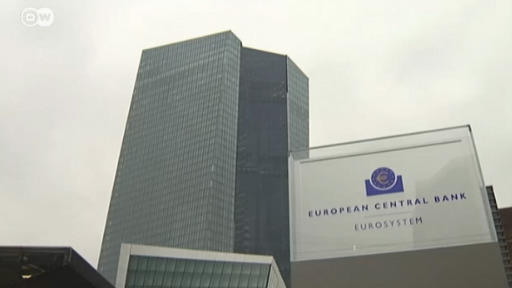 Consumer prices in the 19-member eurozone have gone up only slightly, but enough to reach positive territory again after months of below-zero inflation. It’ll give the European Central Bank some breathing space.
Eurozone inflation in June increased for the first time since January, the bloc’s statistics agency, Eurostat, reported Thursday.

Presenting its preliminary estimate, it said consumer prices moved up 0.1 percent, after falling 0.1 percent in the previous month.

The June figure was still far away from the European Central Bank’s inflation target of just below two percent for maximum price stability as defined by the Frankfurt-based lender.

No reason to panic

Economists and policymakers have often stated that continuously low inflation in the euro area has first and foremost been a result of low energy and commodity prices, rather than a result of across-the-board drops in price levels.

Energy prices continued to fall in June by 6.5 percent, Eurostat said, while that dip was offset by gains in prices of food, alcohol, tobacco and services.

“The June return to price growth will likely be considered a positive sign in Frankfurt and will give the lender some time to assess the impact of the British pro-Brexit referendum more thoroughly as things unfold,” ING Bank analyst Bert Colijn said in a statement.

Money for Asia: No big deal