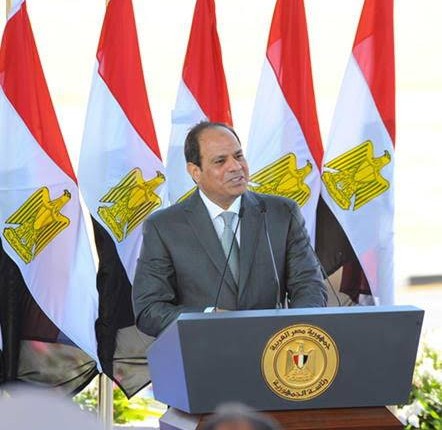 The boiling summer of 2013 was not only searing in temperature, but also in spirits, as the 30 June uprising ended with the ousting an Islamist regime and the reformation of Egypt’s political system. Agendas of those participating differed, which added to the natural tension that accompanies drastic change in any situation.

For months prior to 30 June, massive protests were called for and prepared across Egypt against Muslim Brotherhood president Mohamed Morsi. A number of prominent political movements and figures called for taking a stance against the exclusion policies practised by Morsi and the Brotherhood. Political fronts were formulated and media campaigns launched, in an attempt to restore the main objective of the 25 January Revolution, namely the establishment of a civil state in Egypt, as opposed to a religious or military one.

Subsequently, political figures and activists aimed to actively participate in rebuilding a state based on democratic mechanisms and frameworks. However, the following three years would prove them wrong. It was exactly this segment of society, along with civil society activists, that the post-30 June rule decided to axe first, labelling itself as ‘the correction path’.

The uprising had devoured its children. Those who had called for action against Morsi and had actively participated in the uprising, making way for new political blood to enter and nourish the system, were faced with detention, trials, and most importantly charges of treason.

Daily News Egypt takes a look at several political figures that played a vital role before and during the 30 June uprising, and who now are subjected to detention, trials, or accusations of treason.

Mohamed ElBaradei is the former director general of the International Atomic Energy Agency and former leader of Al-Dostour Party. He is known in Egypt’s political arena as one of the main instigators of the 25 January Revolution, and a prominent member of the Rescue Front─a political front that was formed during Morsi’s era, aiming to stand up to violations by the Muslim Brotherhood, and a key player in preparing the 30 June uprising.

After the ousting of former Egyptian president Hosni Mubarak in 2011, ElBaradei worked hard on establishing a democratic state. He refused to run for president in 2012, stating that the constitutional declaration issued by the Supreme Council of the Armed Forces (SCAF), which was ruling the transitional period, did not provide a clear vision of the coming president’s duties and responsibilities.

While Morsi was in power, ElBaradei publicly opposed the president’s policies and the Muslim Brotherhood’s domination over state institutions. Following the 30 June uprising, he was appointed as vice president for foreign affairs to interim president Adly Mansour, who had been in charge of leading the transitional phase until presidential elections could be held. ElBaradei voluntarily resigned from the post after a while, and was accused of treason when he left the country in protest of the security forces’ dispersal of the Rabaa al-Adaweya sit-in.

Several lawsuits had been filed against ElBaradei by pro-Mubarak figures, accusing him of high treason.

Hamdeen Sabahy’s fame propelled after the 25 January Revolution, specifically during the first presidential elections in 2012. Seen by many as an impersonation of late president Gamal Abdel Nasser, Sabahy repeatedly voiced his socialist strategy as a solution to fixing the country’s problems, labelling himself as ‘one of the people’.

He is also one of the main founders of the Rescue Front, which had joined forces with the Tamarod movement shortly before 30 June. Tamarod had taken to the streets to collect signatures on withdrawing confidence from Morsi. Sabahy had encouraged Egyptians to join the protests, but was later accused of being a puppet to political and popular factions post-30 June.

He had been stripped of his label as a revolutionary activist, which was topped off by his presidential candidacy in 2014. He was the sole nominee facing current President Abdel Fattah Al-Sisi, in a move that made him seem delusive to his supporters.

Bassem Youssef, often referred to as the ‘Jon Stewart of the Middle East’, spearheaded the wave of media attacks against Morsi and the Muslim Brotherhood. His satirical show ElBernameg (The show) directly criticised and mocked the pre- and post-June 30 political regimes by highlighting controversial happenings throughout that period.

Shortly after the presidential elections in June 2014, Youssef’s show was shut down after two successful seasons. It had been criticised for airing ‘sensitive’ content. After the show had been taken off air, Youssef left Egypt.

The media had experienced a slight leeway during Morsi’s era, allowing Youssef’s show to reach a significant amount of viewers and gain massive popularity. However, the tides turned when his satire was directed at Al-Sisi.

Ahmed Maher was one of the founders of the 6 April Youth Movement, which was a significant player in the 25 January Revolution, and a strong supporter of the 30 June uprising. Today, he involuntarily resides in Tora Prison, after he was sentenced to three years in prison over charges of violating the Protest Law. Maher had played a vital role in calling for the 30 June uprising, and was expected to head a delegation that would explain to European countries why the uprising should be labelled as a ‘revolution’, as opposed to a ‘coup’.

Given his effective participation in the events leading up to the occurrences of 30 June, it was expected that he would take a leading position in the following administration. However, he was put in prison instead. In an article he wrote in jail, he confessed that 6 April had committed a mistake in participating in the 30 June uprising.

Alaa Abdel Fattah, an icon of the 25 January Revolution and one of the political activists who called for ousting Morsi in 2013, is currently serving jail time. He had been sentenced to five years in prison and a fine of EGP 100,000 over charges of assaulting a police officer and illegally protesting, in a case known as Shura Council.

In the 25 January Revolution, Abdel Fattah’s voice was highly regarded among the activists. His participation in the protests and his opposition to military trials for civilians, as part of his sister’s campaign against the practice, made him a symbol of opposition.

Besides Abdel Fattah, other activists of the 25 January Revolution and 30 June uprising are serving prison time, such as 6 April’s Mohamed Adel and Ahmed Douma.