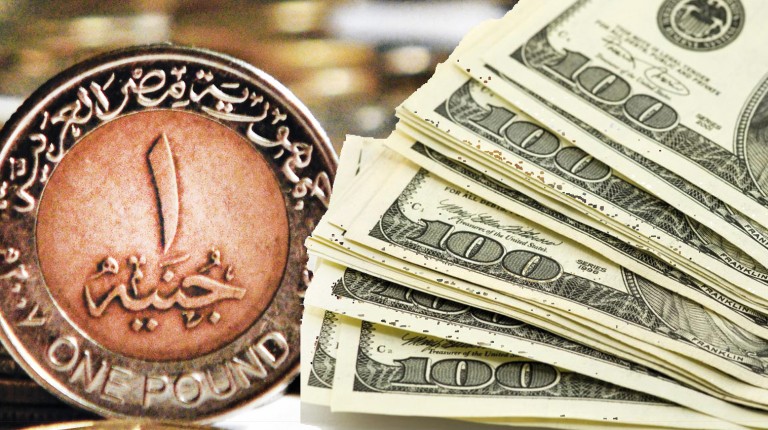 Loans and foreign aid are the reason behind the cohesiveness of foreign exchange reserves in Egypt during the time of former president Mohamed Morsi and current president Abdel Fattah Al-Sisi.

The scarcity of foreign exchange resources and the increased demand for the US dollar caused the continued devaluation of the Egyptian pound throughout their times.

Mohamed Morsi was named president of Egypt in June 2012, when the foreign exchange reserves were up to $15.5bn.

When he left his position on 3 July 2013, the foreign exchange reserves were roughly $14.85bn, according the Central Bank of Egypt (CBE) official figures.

According to a report from the State Information Service (SIS), $13bn of the reserves at this time consisted of deposits and loans from Qatar, Turkey, and Libya.

Al-Sisi became the president of Egypt in June 2014. At this time, the foreign exchange reserves stood at $16.687bn.

According to the latest figures announced by the CBE, in May 2016, a month before Al-Sisi completed his second year in office, foreign reserves reached $17.52bn.

The sources of hard cash at the CBE in May were not much different from the sources under Morsi, where most of the reserves were loans and deposits, but this time, they were mainly from Saudi Arabia, the UAE, Kuwait, and $1bn to Qatar payable in July.

The sources of hard cash at the CBE in May were mostly deposits and loans, similar to those under Morsi, with most of the money coming from Saudi Arabia, the UAE, Kuwait, and Qatar.

A senior banker told Daily News Egypt that the only difference between the reserves during the times of these two presidencies was the names of the countries that provided the deposits and loans to support the foreign exchange reserves.

The source added that the circumstances of Egypt after the 25 January Revolution are similar to a large extent, where there is scarcity of foreign exchange resources, economic recession, and a large random increase in imports, which would negatively impact the foreign exchange reserves and continue the decline of the value of the Egyptian pound against the US dollar.

The source said that one of the major differences between Morsi’s presidency and Al-Sisi’s presidency is the completion of parliamentary elections and the presence of a stable House of Representatives under Al-Sisi. Al-Sisi’s presidency also brought about significant progress in terms of a creating a stable security environment, which should be reflected on improving the economy and increasing foreign exchange resources, according to the source.

The Egyptian pound during the Morsi era lost about 16% of its value against the US dollar, with the official price of the US dollar rising from EGP 6.05 in June 2012 to EGP 6.99 in June 2013, according to SIS.

The price of the US dollar on the parallel market saw an opposite trend during the Morsi era, with the US dollar exchanging to EGP 8.5 in June 2013 and retreating to EGP 7.7 at the end of Morsi’s presidency.

In the first two years of Al-Sisi’s presidency, the Egyptian pound lost 23% of its value against the US dollar in the official market and 44% in the parallel market.

On the parallel market, the Egyptian pound is even more depreciated, with the exchange price in June standing at EGP 10.8 compared to EGP 7.5 in June 2014.

Pace of borrowing will not fall, no alternatives to further external debt: experts