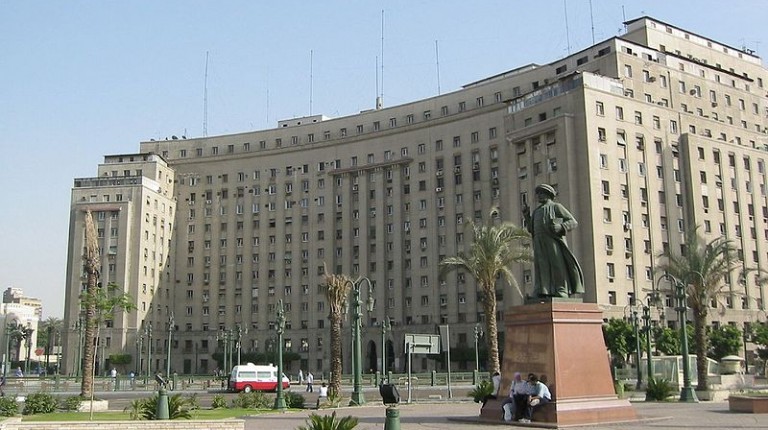 The relocation of Mogamma, the government’s bureaucratic administrative building located in Tahrir Square, has begun, and the process is expected to last for a year, announced Cairo Governor Galal Said on Friday.

The government complex is an iconic focal point of the square at the centre of downtown Cairo.

Said took part in a meeting Thursday with three deputies—Ahmed Timor, Mohamed Ayman, and Jihan Abdel Rahman—to discuss the evacuation of the building and the search for alternative places for its administrative offices.

The governor reiterated the government’s previous statement that the main purpose for the relocation is to overcome traffic jams in Tahrir Square as well as decrease population density in the capital.

Said highlighted that a large number of ministries have already relocated to other areas. However, the governor gave no indication of the specific places where the offices would be transferred to.

Governor spokesperson Khaled Mostafa told Daily News Egypt that the evacuation process will take place over a year’s time, ending in 2017. The process includes the transfer of employees to other offices, and Mostafa assured that no one will lose their job.

Problems have already occurred regarding the initial phase of the evacuation process. Some administrations and bodies refused to be relocated, including the State Lawsuits Authority as well as the passports, immigration, and nationality offices.

An estimated 30,000 employees currently work in Mogamma, where dozens of services and ministries operate. Roughly 100,000 citizens visit the building for different purposes throughout the daily working hours, causing traffic in the area.

Mogamma closed down for third day