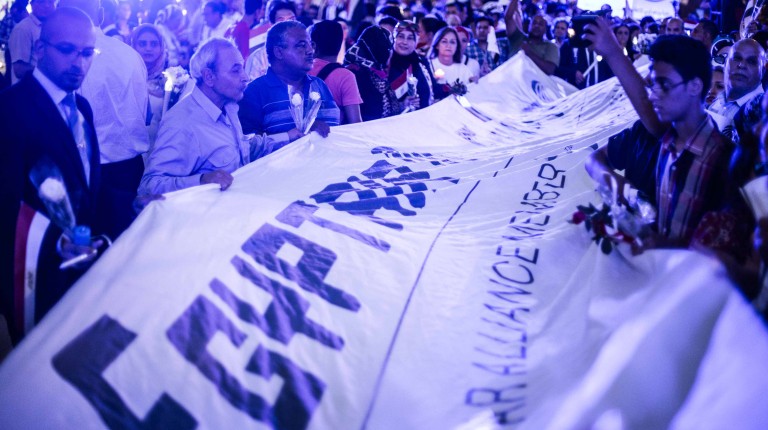 The investigation committee of the crashed EgyptAir flight MS804 said Saturday that the examination carried out on the electronic components of the aeroplane’s cockpit voice recorder (CVR( showed that none of its memory chips were damaged.

However, other supportive components related to communication to and from the memory chips “had to be removed and replaced with new ones, whereas advanced high technology will be used to extract the recordings of these units”, according to a statement by the committee.

The test results were satisfactory after replacing the mentioned components, which enabled the committee to read the CVR’s output.

The committee members will return to Cairo with the fixed boards to continue reading and analysing the flight data recorder (FDR) and CVR at the central department for aircraft accidents at the Ministry of Civil Aviation.

Collecting human remains continues according to planned standard procedures at the crash site.

EgyptAir flight MS804, travelling from Paris to Cairo, crashed into the Mediterranean Sea on 19 May, claiming the lives of all 66 people on board.

The committee said earlier that the data file extracted from the aeroplane’s FDR has been sent to Cairo to be analysed in labs belonging to the Ministry of Civil Aviation.

The FDR’s memory was successfully repaired at French air investigation labs on Monday, after it was sent to France due to extensive damage caused to the black boxes. Experts made sure the data was recovered from the device.

The search vessel John Lethbridge, owned by the company Deep Ocean Search (DOS), was able to locate and retrieve both the FDR and CVR.

The Ministry of Interior announced it will begin issuing death certificates for the victims on Saturday.

All the world’s a chip