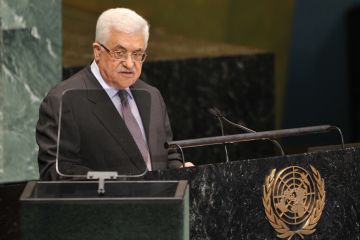 The central committee of the Palestine Liberation Organisation (PLO) held a meeting on Saturday in Ramallah with president Mahmoud Abbas where both parties discussed, inter alia, the Middle East Quartet’s first report on the Israeli-Palestinian conflict.

Nabil Abo-Radina, the committee spokesperson, said the Quartet report did not address the Israeli withdrawal of territories occupied since 1967 or the banning of settlements, which are established against international law.

“The committee will not settle for less than the legal rights of the Palestinian,” he said, referring to national council resolutions, Arab Peace Initiative, and United Nations Security Council resolution 242, which ensures the establishment of a Palestinian state free of Israeli settlements according to the 1967 borders with East Jerusalem as a capital.

Moreover, the committee recognised the French initiative to hold an international peace conference based on the rights of Palestinians. Envoys from some 28 countries and organisations were invited to Paris on the request of France with the aim of discussing ways in which Israeli and Palestinian representatives can be brought back to the negotiating table. Among the representatives were US secretary of state John Kerry, UN secretary-general Ban Ki-moon, and EU foreign policy chief Federica Mogherini.

The Middle East Quartet, which is made up of the UN, Russia, the United States, and the European Union, released the first report of its kind, which analysed the impediments to a lasting resolution to the Israeli-Palestinian conflict and offered recommendations for ways to move forward. It also urged Israel to stop its settlement policy and Palestine to end the incitement of violence. The committee has been working on the report since February.

Contrary to the PLO statements, the United Nations said in a statement on Friday that the report provides recommendations to what it has identified as the major threats to achieving a negotiated peace: continued violence, terrorist attacks against civilians, incitement of violence, settlement construction and expansion, and the Palestinian Authority’s lack of control in Gaza.

Following the release of the report, the UN secretary-general encouraged the parties to engage with the Quartet to implement the findings “to rebuild hope among Palestinians and Israelis in a political solution and to create the conditions to return to meaningful negotiations”.

He underscored that there is a strong need for affirmative steps to reverse negative trends on the ground that risk entrenching a one-state reality of “perpetual occupation and conflict”, which is incompatible with the national aspirations of both peoples.

Dividends of an at-risk world: Security is booming