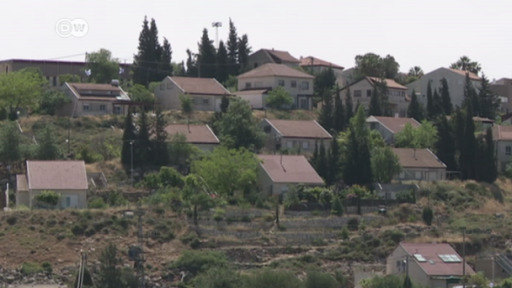 Israel has bolstered security in a major crackdown around Hebron that is affecting tens of thousands of civilians. The lockdown comes in response to two recent attacks on Jewish settlers.
Israeli Prime Minister Benjamin Netanyahu said on Sunday security forces had taken a number of measures, “including aggressive ones which had not been used in the past” in an effort to quell violence in the hotspot West Bank city of Hebron.

The extraordinary measures include locking down the entire Hebron district, home to 700,000 people, Netanyahu said.

Israel barred the Hebron governor on Sunday from entering Israel after he visited the family of Mohammed Nasser Tarayra. The 19-year-old Palestinian killed a 13-year-old Israeli-American in the illegal Jewish settlement of Kiryat Arba, before being shot dead by a security guard.

Israel’s defense ministry said Governor Kamal Humeid had been stripped of his “privileges.” Humeid responded via Facebook he had “no business in Israel” anyway.

The brutal killing of the teenage girl in her sleep on Thursday triggered an uproar and was followed a day later by a road ambush by Palestinian gunmen that killed a Jewish rabbi and father of 10 in front of several of his children. Two of the rabbi’s children and his wife were wounded in the attack.

Hebron has been a major flashpoint in a nine-month wave of car ramming and knife attacks on Israelis. At least 214 Palestinians, 34 Israelis, two Americans, an Eritrean and a Sudanese national have been killed since October.

The Israeli army claims that 80 of the attacks on Israelis were carried out by Palestinians from the Hebron area. Illegal Jewish settlements are scattered throughout the Hebron governorate, as well as one settlement of several hundred Jews in the center of the city under tight guard by Israeli security forces. The settlements are a source of tension with Palestinians.

In response to the recent wave of attacks, Netanyahu said all permits to work in Israel had been revoked for residents of the village for Bani Naim, where Tarayra and other attackers had come from. He also said security forces increase their presence on roads leading to settlements.

More than a dozen arrests of Palestinians believed to be involved in violence have been carried out in the past few days. A relative of Tarayra, 27-year-old Sarah Tarayra, was also shot and killed by security forces after allegedly pulling out a knife in Hebron.

Israeli security forces have struggled to respond after months of attacks on Israeli civilians and security forces, as well as protests against Israeli occupation of lands claimed by Palestinians.

In a move likely to further inflame tensions, Israel’s hawkish defense minister Avigdor Lieberman said on Friday that the approval of 42 new housing units in the settlement of Kiryat Arba would send a message to Palestinians – that every attack would only strengthen Israel’s resolve.

The United Nations, the United States and European Union have all called on Israel to stop building illegal settlements.

The most recent round of violence between Palestinians and Israel, dubbed the “knife Intifada (uprising)” was triggered by unrest at the al-Aqsa Mosque, known to Jews as the Temple Mount, in Jerusalem. The shrine is revered by both Muslims and Jews.

The violence has been compounded by continued frustration among Palestinians at the lack of progress in the peace process, settlement building, occupation of their lands in violation of international law and harsh, Israeli-imposed security measures.