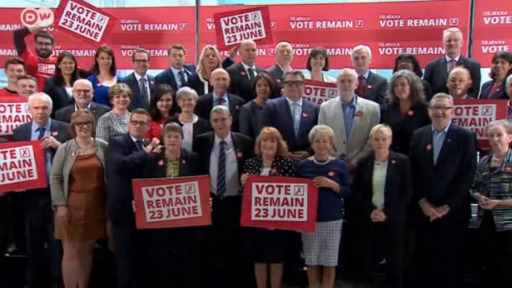 British plans to considerably lower corporate tax have drawn first reactions from political leaders across the EU. Surely no one wants to be at a disadvantage when it comes to luring companies, or keeping them.
It didn’t take long for first reactions to come in after British Finance Minister George Osborne announced Monday that he was planning to reduce the corporate tax rate in his country to under 15 percent from the present 20 percent.

Osborne’s intention is clear: He wants to encourage companies operating in Britain to stay despite all the uncertainties arising from the country’s vote in favor of leaving the European Union. It may not be a cure-all, but slashing the corporate tax rate may be a pivotal move to achieve just that.

At least, the very announcement was enough to make some EU politicians nervous. French opposition leader Alain Juppe (pictured above) said his country, too, needed to think hard about a corporate tax reduction to keep businesses from relocating.

“We have to prove to the corporate world that France is a competitive country,” Juppe said during a visit to London, pointing to the huge differences in taxation in EU member countries and the need to harmonize taxes.

The Socialist government in Paris had indicated that it was willing to lure London-based companies to the French capital after the Brexit vote. But achieving this goal might prove difficult, given France’s current corporate tax rate of 33 percent; and it might prove hard for Germany as well with an almost 30-percent tax rate imposed on businesses.

It’s not expected, though, that corporate tax rates across the bloc will drop to as much as 12.5 percent – that’s the rate that EU member states Ireland and Cyprus have in place already.

But tax adjustments are likely, as are changes to the member countries’ spending policies. Britain’s finance minister, for his part, has given up his previous resolve to achieve a budget surplus by 2020. The Brexit shock vote, he argued, needed a more flexible approach and more investments to fuel growth and job creation.

Southern eurozone nations, which have grown sick of protracted austerity programs and record unemployment, couldn’t agree more. Even in Germany, where Finance Minister Wolfgang Schäuble is proud of a balanced budget and moderate growth, more and more policymakers are coming to realize that there can be no more “business as usual” in a post-Brexit European Union, unless it’s fine with more nations wanting to leave the club.

Taxes will not increase, methods for tax collection will be modified: Finance Minister