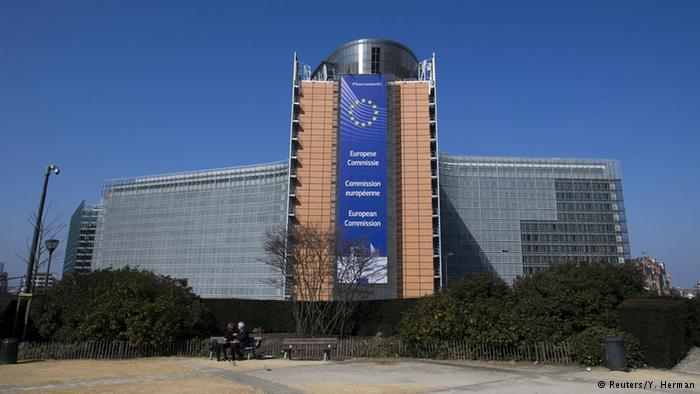 While faulting Madrid and Lisbon for failing to take necessary measures to bring their budgets within limits, the European Commission will leave it to EU finance ministers to decide if they deserve to be penalized.
The European Commission, after weeks of pushing off the question of whether to penalize Spain and Portugal for breaching EU budget deficit rules, has made a decision – largely to let others decide.

On Thursday, it formally found Spain and Portugal in breach of the 3-percent deficit limit and forwarded this recommendation to EU finance ministers, who will decide whether penalties ought to be the result. The finance ministers are set to meet next Tuesday.

EU fiscal regulations require eurozone member countries to keep their budget deficits under three percent of their gross domestic product (GDP). There has been a long list of past breaches – France, Greece and Croatia also came in above the allowed level last year alone – though no country has yet to be fined for it.

The European Commission said it had moved to enforce the rules against Spain and Portugal for failing to initiate “effective action” to bring their deficits back under the required amount.

Both countries’ deficits came in over the thee percent deficit in 2014, and then missed it again by an even wider margin in 2015. Spain’s deficit totaled 5.1 percent last year, while Portugal’s amounted to 4.4 percent.

Both Madrid and Lisbon have promised to work towards meeting the deficit regulations in 2016.

But the political environment within both countries has made it difficult to push through further budget cuts. They had enacted extensive austerity measures as part of bailout agreements reached during the eurozone crisis, and have since faced widespread popular resistance.

Now Spain has been stuck in a political stalemate and is governed by a caretaker government. It held a revote last month after a general election in December failed to produce a governing coalition. But the new results have so far only resulted in further stalemate.

Portugal elected its Socialist party to power last year on promises to rollback many of the austerity measures.

EU finance ministers will likely agree to the European Commission’s recommendation, given that a qualified majority – requiring 55 percent of member states representing 65 percent of the EU’s population – would be necessary to reject it.

Still, the matter has grown into a touchy issue at an increasingly touchy time – especially in the aftermath of the UK’s Brexit vote – with sentiment against Brussels and its financial policy relatively strong across Europe.

A split has grown roughly between finance ministers of northern and southern EU nations over the utility of universally requiring tight budget discipline. Italy has led a push on behalf of southern countries less in favor of austerity in calling for more national flexibility in budget strategy.

And there are concerns that the penalties could inflict harm on the vulnerable Spanish and Portuguese economies.

The penalty can involve a fine of up to 0.2 percent of GDP and a suspension from EU funds. But given the sensitivity of the matter, any penalty will likely be quite small. EU finance commissioner Pierre Moscovici said that the regulations are “intelligent and they demand to be applied in an intelligent way.”

Brussels will have 20 days to prepare the penalties, meaning that they could be brought forward before the end of the month. If the ministers choose to move forward with the penalties, Spain and Portugal will be given 10 days to appeal by arguing that their deficits missed their mark due to “exceptional economic circumstances.”

No fines for overspending Spain, Portugal

Tourism Minister expects sector’s recovery to being in March

Final version of MoUs between Egypt and Saudi Arabia are ready: Cooperation Minister