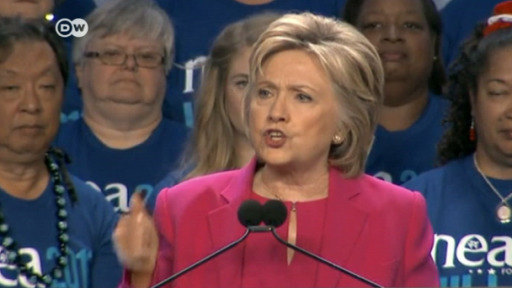 FBI Director James Comey has appeared before Congress to answer questions on the agency’s decision to not prosecute Hillary Clinton. The House Speaker was among the critics of the outcome, which has outraged Republicans.
FBI Director James Comey strongly defended his decision not to prosecute presidential candidate Hillary Clinton over her use of a private email server during a Congressional panel on Thursday.

Fending off criticism that he had applied a different standard to the Clinton case than to other cases, Comey told Congress that the FBI had acted in “an apolitical and professional way, including in our recommendation.”

During questioning, Comey also answered that there was “no basis to conclude that (Clinton) lied to the FBI” and that she had set up the private email server “as a matter of convenience.”

Comey said the decision whether or not to prosecute hinged on determining whether or not Clinton sought to break the law at the time. He said the investigation did not establish that Clinton was “particularly sophisticated” with recognizing classified markings on emails.

He also said that Clinton had not authorized her lawyers to delete hundreds of emails, but said some of the discarded emails could have contained classified information.

Many Republican representatives who questioned Comey expressed their discontent over the FBI’s lack of prosecution.

“You’ve set a precedent and it’s a dangerous precedent… that there’s going to be no consequences,” said Republican Congressman Jason Chaffetz, who leads the House of Representatives’ government oversight panel.

Chaffetz added that he would forward Clinton’s testimony before the House Benghazi Committee to the FBI to investigate whether or not she lied under oath to Congress.

He cited comments by Clinton in which she said she did not send or receive any emails marked as classified.

On Thursday, Republican House Speaker Paul Ryan called for Clinton to be blocked from receiving classified briefings during her presidential run in order to sanction her for improperly handling classified emails while serving as secretary of state.

Ryan wrote a letter to the director of National Intelligence, James Clapper, saying that should the request be rejected, he wants Clapper to explain his reasons for granting Clinton access to the classified information “despite the FBI’s findings.”

Presidential candidates in the US are normally granted access to classified information once they are formally nominated as their party’s candidate.

The FBI investigation focused on whether or not Clinton broke the law by using a personal email server kept at her home in New York while she was secretary of state from 2009 to 2013.

On Tuesday, Comey said that the FBI’s investigation revealed that Clinton and her aides exercised “extremely careless” behavior when handling sensitive information.

Comey said, however, that after examining the findings, he believed Clinton had not intended to violate laws and that “no reasonable prosecutor would bring such a case.”