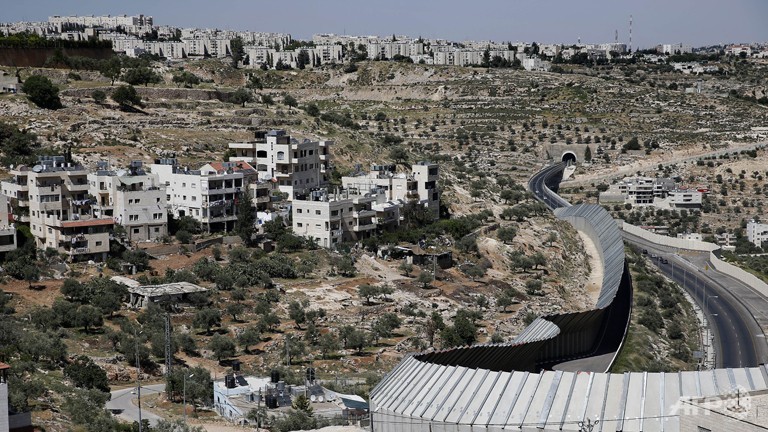 Israel is planning to build 560 housing units in the West Bank settlement of Maale Adumim and 240 units in a number of settlements in occupied East Jerusalem.

The ministry’s statement also stressed the illegality of Israeli settlement activity and its incompatibility with internationally-recognised resolutions.

Settlement activities in the Occupied Palestinian Territories and the Golan Heights, both occupied since 1967, are considered illegal in international law.

On Tuesday, the United Nations (UN) secretary-general Ban Ki-moon strongly criticised Israel’s decision to build the new housing units, pointing at the illegality of them.

These condemnations come only days after the Middle East Quartet called on Israel to cease its policy of settlement construction and expansion.

Despite occasionally playing up aggressive rhetoric against one another, Egypt and Israel have enjoyed a cooperative relationship since the 1978 Camp David Peace Treaty, which paved the way for the billions of dollars Egypt receives in ongoing aid from the United States.

Africa is coming back to Israel: Netanyahu

Israel imposes lockdown on tens of thousands of Palestinians in Hebron