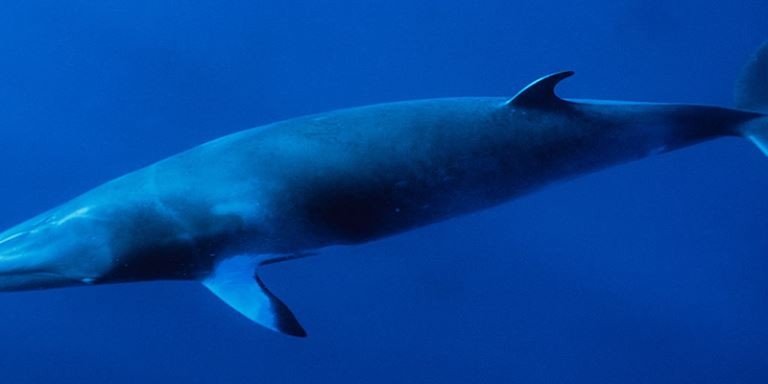 The Ministry of Environment said Thursday that it formed an operation room to trace a fin whale spotted by citizens and captured on video in the popular North Coast resort of Marina in the past two days, sparking fear among crowds celebrating Eid Al-Fitr.

However, the ministry assured the whale is “not dangerous to humans”, saying it has no teeth, and calling on citizens not to attack the whale – an endangered species – if it were to reappear, but instead to try and take photos of it.

A video circulated on social media networks showing the small whale. The ministry responded by forming an operation room to monitor the coast.

In another instance of large animal sightings in the sea, the Red Sea town of Ain Sokhna witnessed a shark attack last June when a Mako shark bit the leg of a 23-year-old Egyptian swimmer.