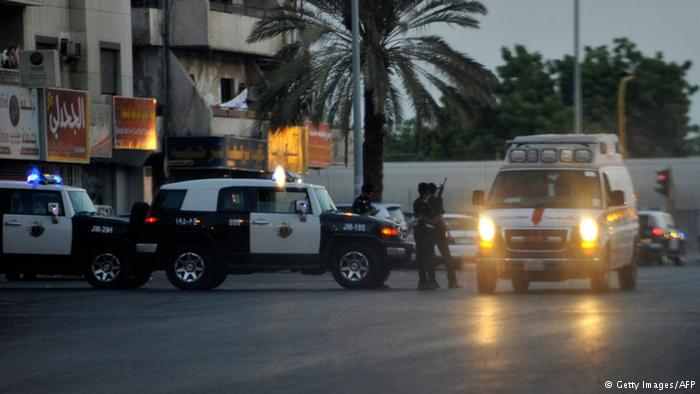 Saudi authorities have arrested 19 people, including 12 Pakistanis, in connection with Monday’s terrorist attacks. No group has claimed responsibility for the coordinated attacks that left seven people dead.
In a statement released late Thursday, the Saudi Interior Ministry said that early investigations following the deadly attacks in the kingdom on Monday led to the arrests of 19 suspects – seven Saudi and 12 Pakistani nationals.

There was no claim of responsibility for the coordinated attacks, including one near the Prophet’s Mosque in Medina, Islam’s second-holiest site and the burial place of Muhammad. Saudi Arabia has seen similar bouts of violence at the hands of “Islamic State” (IS) inspired extremists.

The authorities have identified Na’ir al-Nujiaidi al-Balawi, a 26-year-old Saudi man, as the perpetrator of the Medina attack, the ministry said.

The Qatif bombing was carried out by three “terrorists,” including one man named Abderrahman Saleh Mohammad al-Amr. Saudi officials say the Jeddah attacker was a Pakistani national Abdullah Qalzar Khan, a driver who had been living in the city for 12 years.

There are nine million foreigners living in Saudi Arabia, of which Pakistanis represent one of the largest groups.

Prince Mohammed bin Nayef, the kingdom’s interior minister, said the attacks would “only increase our solidarity and make us stronger.”

Bomb attack near US consulate in Jeddah, Saudi Arabia