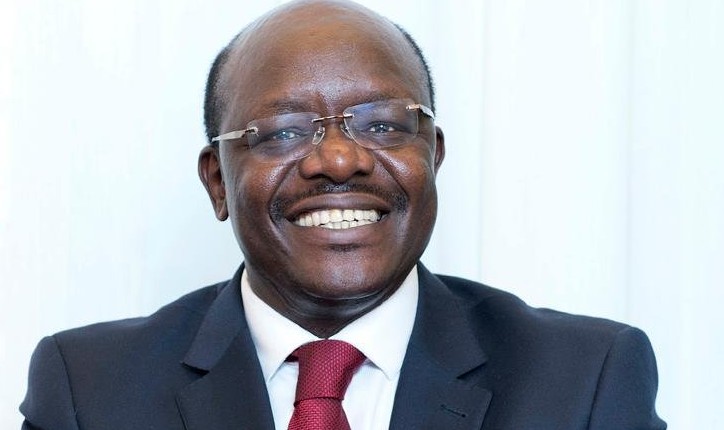 Millions of people around the world have lost faith that the world economy can improve their lives. Instead of seeing value in open borders and the free exchange of information and ideas, they see only uncertainty about their futures, growing inequality and weaker productivity gains. Too few people benefit from new technologies that connect us and make the world smaller, and too many face the spectre of terror and conflict, forced migration and rising xenophobia. With globalisation in retreat, this dampened mood is holding back the potential of trade, finance, technology, and investment to improve lives.

In Asia, with weak external demand and the global trade slowdown, many value chains are set to shorten and the gains from industrialisation look more difficult to reap. Corporate and household debts are rising, and many previously fast-growing economies now face what some are calling the “middle-income trap”.

In Africa, we are seeing a sharp reversal of the frontier market “Africa rising” narrative amidst the end of the commodity super cycle, a drying up of capital inflows, and rising public and corporate debt. Security threats and failed states are adding to the complexity, and the largest wave of migrants in more than 70 years is being driven out of the continent.

In Latin America, the region’s dedication to inclusiveness is now confronted by the prospect of another lost decade; lower commodity prices, capital outflows and declining living standards for the middle class are forcing governments to re-assess the achievements of the last boom period and how to reignite industrialisation.

In the developed world, globalisation has left in its wake two related, major structural problems—increased inequalities and slowing productivity growth. Stagnant median incomes have sparked a backlash against migration in Europe and explain the anti-trade tone dominating the US presidential election campaign. Many of the recent Brexit votes to leave the European Union were cast by voters who feel left behind by globalisation.

Whistleblower leaks—like the Panama Papers—are also compounding the distrust that people have in political and economic institutions, revealing how international trade and investment can be riddled with illicit flows, hidden transactions and tax havens—at times even with the complicity of political leaders.

This dampened global mood gives substantial cause for international concern. At the United Nations, we contrast the current pessimism with the three major optimistic achievements of multilateralism agreed last year in 2015: the Addis Ababa Financing for Development Conference in July, the summit in New York on the 2030 Agenda for Sustainable Development in September, and the COP-21 climate change conference in Paris end-November. For us, implementing these agreements from last year as quickly as possible is the best way to confront the growing gloom that we are seeing.

We need to turn last year’s optimism towards restoring the economy’s ability to deliver prosperity with a shift in paradigm and approach. That is why the 17 Sustainable Development Goals (SDGs) agreed as a part of the 2030 agenda last year are so important. The SDGs offer a blueprint for how our economy, our societies, and our environment should look in 2030.  And if we take the goals seriously, the SDGs can become an effective yardstick for monitoring the inclusiveness of global prosperity.

The 14th UN Conference on Trade and Development (UNCTAD 14) in Nairobi in July will be critical for taking the 2030 agenda forward. International cooperation in trade, finance, technology, and investment are a major emphasis of the SDGs. At Nairobi, United Nations member states will agree collectively on their international engagement on these issues for the next four years. At Nairobi, world leaders will address how to reboot global trade growth, including through services trade, e-commerce, and regional agreements. They will also move toward more international cooperation in tackling tax evasion, reforming investment governance, and improving international governance of debt. CEOs, investors, and business leaders also have an important role at Nairobi; the UNCTAD World Investment Forum will rally more productive investment in the countries and sectors that need at most.

The first statistical report from a United Nations agency on the SDGs will also be launched by UNCTAD in Nairobi. The Development and Globalisation Facts and Figures report will be the first United Nations assessment benchmarking the trade, finance, technology, and investment gaps, which need to be closed by 2030.

The entire world is invited to join our efforts at Nairobi to help revive the constructive mood that will lead to prosperity, dignity and a better planet. Together we can reinvigorate trade, finance, technology, and investment as positive forces to end poverty and leave no one behind. Our collective efforts in these areas can renew our spirit of international engagement. Let us put the SDGs to work monitoring the inclusiveness of global growth and restoring the hope for prosperity for all that globalisation presents us.

Mukhisa Kituyi is the secretary general of the United Nations Conference on Trade and Development.

IMF loan negotiations: Will Egypt make it work this time?