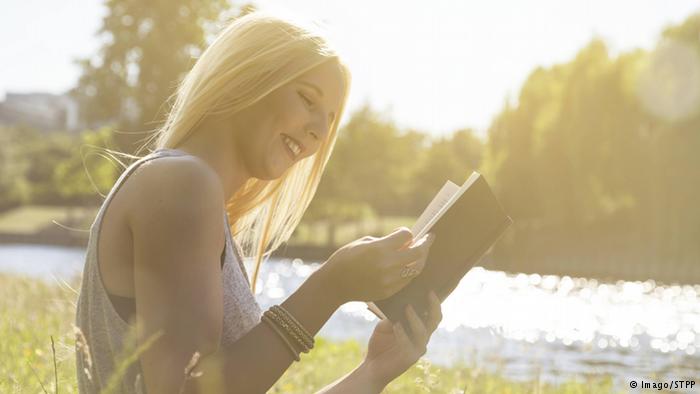 Looking for a good book this summer? DW’s Jochen Kürten suggests a few from a variety of epochs that are certainly not light summer reading – but will get you to think.
Donald Antrim: The 100 Brothers

Actually, there are only 99 biological brothers (one couldn’t make it) who, in Antrim’s surreal and hilarious prose, meet in an old library to inter the urn of their late father. The story reads as if it were written together by Frank Kafka and the Marx Brothers. Though writer colleague Jonathan Franzen wrote the forward to Donald Antrim’s book, his style is quite different. The New York-based writer, born in 1958, published “The 100 Brothers” back in 1997.

He may go down as one of the greatest writers of our time: Anthony Doerr received the Pulitzer Prize last year for his novel “All the Light We Cannot See.” His 2011 short story, “Memory Wall,” a brief masterpiece, is set in Cape Town and tackles the challenging topic of dementia. Alma, 74, loses her memory and tries modern medical technology to fight it. Just before his recent death, her husband, a fossil expert, had made an astonishing discovery, but now she can’t remember where it is. Two thieves try to locate the valuable fossils. But how can a dementia patient’s memory be tapped into?

Jane Gardam: The Man in the Wooden Hat

With the first two books in her “Old Filth” trilogy, Jane Gardam, born in 1928 in England, won the hearts of readers as far afield as Germany. The second book, “The Man in the Wooden Hat” (2009), is told from the perspective of Betty Feathers. She is married to a successful lawyer who enjoys wealth and status in British Hong Kong, where they met. The couple has no children, which, as we find out, was not what Betty would have wanted. Edward registers somewhere on the autism scale and is not capable of developing a deep relationship.

Each of the three books in Gardam’s trilogy is told from the perspective of a different character. The first presents Edward’s point of view, while the third, “Last Friends” (2013) offers the perspective of Edward’s friend and Betty’s lover, Terry Veneering.

Author Jona Oberski’s parents fled the Nazis and lived in exile in Holland. When Oberski was just four years old, he and his parents were deported to the Bergen-Belsen concentration camp, where both of his parents died. After the war, he grew up with foster parents. Many years later, then a nuclear physicist, Oberski wrote down his horrible memories in “Childhood,” which was released in 1978. Told from the perspective of a child, the work is plain and sober, but nevertheless extraordinarily sensitive and emphatic.

While “Childhood” was read around the world in the late-1970s, it was long forgotten in Germany, but has just been republished by Diogenes – just in time for this year’s Frankfurt Book Fair in October, where Holland is the country of honor.